Why Go to the Gym? But Three Reasons….

I returned to the gym for the first time since March 2020. Unless you consider rearranging furniture and carrying groceries on par with pumping iron, I took a 15 month hiatus from lifting weights. I didn't want to work out with a mask on. Furthermore, until I got the vaccine I had some reservations about working out indoors. So when California reopened on June 15, I was ready, It was time. 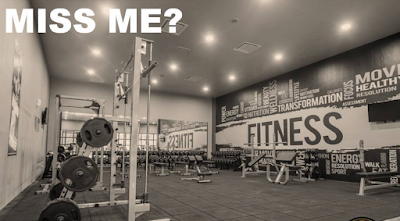 I was excited to be back at the Olympic Club in downtown San Francisco. I loved seeing so many familiar faces and committing to a new fitness routine. As I exited the sixth floor and descended the stairs (I always take them on the way down!) I found myself asking the question "Why should I return the gym? Why should anyone come back?" I raise these questions because I think they are worth considering. The number of people who now have their own weight sets, the families who created informal workout space in their garage and those who established new and creative ways to stay fit are significant. I got by for over a year without touching a single kettle bell. But just two workouts in I have more than a few answers. Here are but three. I imagine you have your own.

1. A Culture of Encounter
At the gym, I encounter people of all ages, physical abilities and sizes. Being on summer break, I arrive long after those who work market hours or who still WFH. This crowd skews a little older…but not everyone! No matter.

Those who show up at the gym are engaging in an activity that promotes their physical and mental health. They push themselves, they keep their focus and go for it. I truly believe inspiration begets inspiration. This is certainly what I get. 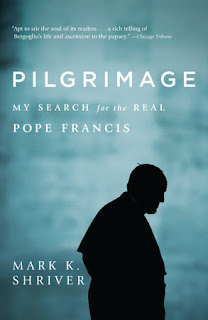 This is a culture I want to support and promote. Thus, I give a smile to those I encounter. For so long, my smile was hidden. Now, I can offer it to those familiar faces I once saw regularly. Among a few others, it was nice to say "Hey! good to see you!" and truly mean it.
I noticed one man at the gym was walking with a cane. Dressed in running shorts, sneakers an and a t-shirt, I doubt he has any idea of what he gave me. My own Dad just started using a cane after relying on a walker for the past 14 months. I told my Dad about this man and if I see him again, I think I will thank him for offering something good—his example.

2. Exposure is a good thing
Certainly, this is the antithesis of any message you have heard in the past 15 months. However exposure can be positive in the form of encountering people—acquaintances and friends as well as media.

My gym has a number of flat screen televisions high on the wall. It's hard not to look at them in between reps or as I lunge, squat etc. When these TVs feature an exciting game, winning replays or live interviews, I love the ability to watch and workout.

I take what I see. In other words, I do not change the channel. Therefore, I am exposed to what is featured live on ESPN, Golf Channel, etc. At home, I rarely see the TV because it is in my living room; I do not have one in my bedroom, the kitchen etc. Even if I did, I would probably turn to the Today Show! 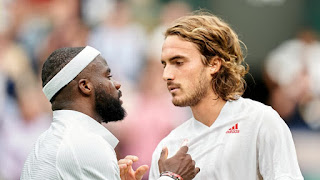 Therefore, Monday's first round match at Wimbledon was another example of how and why exposure is a good thing. ESPN was airing the first round match of Frances Tiafoe against the number four player in the world. Stefanos Tsitsipas.

Tiafoe—a DMV native— defeated the French Open finalist in straight sets. I started following one of America's best when I read "A Case for…Frances Tiafoe" in Sports Illustrated seven years ago! The tennis was electric. The American's athleticism and style of play kept me pumped and pumping. I think the only time a lift session has gone that quickly is when I shared the hour with a close friend. 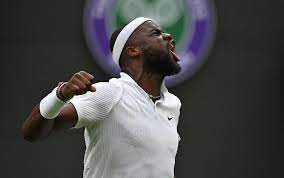 I noted to several people just how big this impending upset was going to be. In the third set, Taifoe took each of his games (on serve) to deuce. I could not muffle my reactions.

I have grown increasingly skeptical of the efficacy and efficiency of anything I do that qualifies as multi-tasking. However multi-tasking in this form cannot be disputed. Breakfast at Wimbledon revised!

3. Use it or Lose It
I am humbled by just how sore I have been from lifting. Have I used them in the last 15 months? Sure but not remotely like I once did. Atrophy set in and it's time to rebuild and renew. These aches and pains have led me to reflect on the adage "use it or lose it." I have always believed this is true. 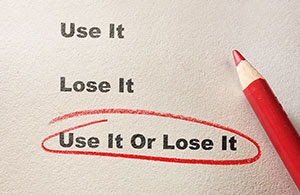 Many have tried to convince me that being sore "it's a good thing!" I'm having a hard time subscribing to their school of hard knocks. I feel stiff. Bending and reaching isn't the easiest task and yet every athlete knows that if you keep at it—maintain good form, don't overdue it and work hard—in due time, this feeling won't be so acute. I hope to report back on some success in far less than 15 months from now.

The notion of "use it or lose it" doesn't just apply to physical fitness. Speaking another language and playing a musical instrument are but two examples that verify much more than encounter and exposure are necessary for acquiring a skill, ability or virtue. Engagement is a must.

In Conclusion
Many in the Church as asking, hoping, praying for and wondering if the faithful will return to our houses of worship. With the evolution of Zoom mass/church services, an avalanche on-line spiritual resources, the personal nature of faith and how powerful a force apathy can be it's easy to see how and why they won't. But much like returning to the gym, I need the culture of encounter, the exposure and the using it so I don't lose it that my parish provides.
There are much more than three reasons to return to Church. I will prayerfully consider these during my next lift session….

Previous Saints, Sacraments and I Came As a Shadow: Brief Insight into John Thompson
Next What I Wish Sha’Carri Richardson, US Sprinter Knew….