We Are Not Forgotten: Remembering Mike

Golf has the ability to connect young and old, male and female, living and those who are no longer with us. I was reminded of this truth—once again—by participating in the WGANC two-day Stroke Championship. With my summer vacation now underway, I was particularly excited do play in this tourney because I had not played at Claremont—the home course of a friend—Mike Donovan. Mike died on April 30, 2018 but his spirit and his legacy live on. Golf has a special way of doing that. Here's the story. 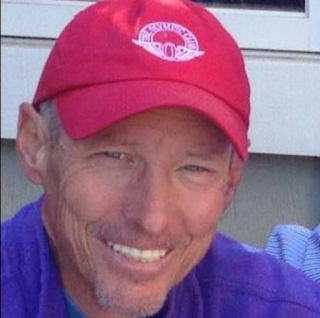 I met Mike many years ago through one of his closest and dearest friends, Peggy. A devout Catholic and golfer, Mike was no stranger to adversity—having lost his home in the Oakland fire and in battling cancer for 23 years. As written in his obituary, "In response to his own inability to swallow because of his cancer treatments, Mike co-founded the National Foundation of Swallowing Disorders to help others with the same dysphagia. While living in Oakland, he volunteered as a Basketball Coach for Seventh and Eighth Grade boys in Oakland's inner city. He truly was a man for others, even as he faced his continued cancer treatments." In fact, his ability to speak was compromised due to those chemotherapy treatments, but Peggy always understood what he said. Theirs was a special friendship to witness and share.

Mike still communicated volumes by his gentle and warm presence. He had the Arnold Palmer syndrome—making you feel like you were the only person in the room. He smiled and laughed through his Irish eyes and witty retorts; he let his clubs do most of the talking. I never got to play with Mike at Claremont, but Peggy sure did. Mike was unofficially the mayor of CGCC, not to mention the club champion (3x). This title means that club members take notice when you come to play. The first tee, near the 19th hole, puts added pressure on that moment. When Peggy came to play with Mike, he swung easy. Peggy rose to the occasion. We love that memory. When Mike died, Claremont flew the flag at half mast in his honor.

In February 2016 Peggy, Mike, another friend and me spent the weekend in Carmel and attended the AT&T Pebble Beach Pro-Am, two days in a row. Upon the conclusion of a weekend of great golf, outstanding weather, and wonderful companionship, I said that I didn't think I could go back. I wasn't convinced that anything could top the experience I had. Less than a year later, Mike got sick again. We had high hopes we would be able reconvene but it was not to be. I have returned to the Pro-Am several times and it's different. Still, I cherish those memories and how special our time together was.

On my drive to Claremont, I prayed for those who were touched by Mike's life and for those who still grieve.I recalled the stories that were shared in the eulogy following the mass of Christian burial at Saint Theresa's. I would like his family and friends to know, I share his story with my students even today.
Walking up to the club house, I thought of the celebration of his life that took place in that beautiful space and the sight of his close friends huddled on that patio overlooking the first and eighteenth holes. During my round, I thought many times of how he might have played certain holes and what advice he might have given to me (he was super encouraging). Though I had a bit of a heavy heart, I played great. I think Mike made sure I would.

At the conclusion of the day, I approached the General Manager and head pro who were standing together, near the putting green. I said "thank you for a great day. A friend Mike Donovan was a member here and loved this place." "Mike Donovan!" said the GM. "What a wonderful man. That one still hurts." I replied "the only time I have been here prior to today was after his funeral. I wanted to play in this tournament because I never got to play here with him and I knew it was very special." He responded "thank you for remembering Mike. Thank you for telling us that."
Although it wasn't Claremont, I did get to play golf with Mike at his other club, on the Ocean course at Monterey Peninsula GC. Mike went out of his way to make sure I got a hat as a memento from the round. Anytime I wear it and someone asks about the old logo—I get to share a little bit about Mike.

Someone recently said to me, "For someone that doesn’t get paid to play golf you care way too much about it!" His words are both inconsiderate and obtuse. I'm glad I care about golf—it has a way of connecting us to people and to places that emerge from the ordinary to extraordinary. It reminds us that we are not forgotten. We can participate and play in honor of those we love and with those we care about. I should say I look forward to talking about my round on Monday with Mike…but I already did. I believe in the communion of saints. Mike is just one more example of my conviction.

Previous Coaching Will Ruin Your Life: Why We Do It Anyway
Next SWAG from the 2021 US Open