The Stuff That You Can Find On A Beach 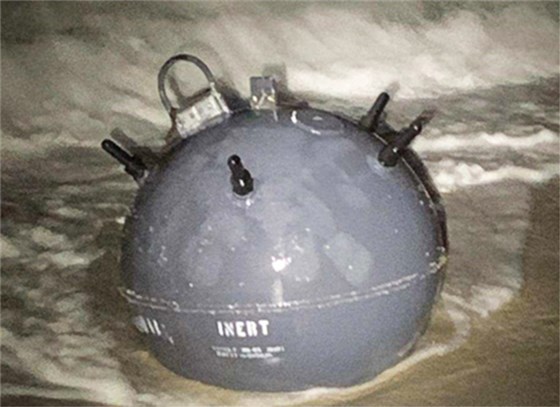 Bomb squad members removed a possible naval explosive device that washed ashore in Lauderdale-by-the-Sea, Fla., on Sunday.Broward County Sheriff's Office
NBC: Possible military explosive device washes ashore on Florida beach
A bomb squad and the Air Force determined that the device was not a threat and removed it from the beach in Lauderdale-By-The-Sea.
A possible military explosive training device washed ashore on a Florida beach early Sunday.
The Broward County Sheriff's Office said a deputy on patrol discovered the device on the beach in Lauderdale-By-The-Sea, about 30 miles north of Miami, at 2:30 a.m. Sunday.
Read more ….
WNU Editor: Even though the sea-mine says "inert". I will be on the side of caution.Original Article