Pentagon Pushes For A Pacific Missile Defense Site On Guam 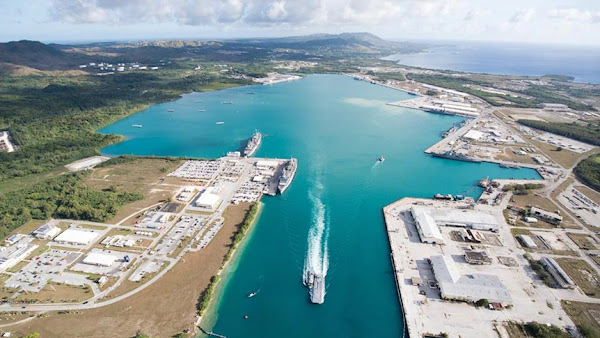 The US Pacific territory of Guam is the proposed site of a new missile defence base.(US Navy: Stacy Laseter)
ABC News (Australia): Pentagon pushes for Pacific missile defence site to counter China's threat to the US
The head of the US Navy's Indo-Pacific Command is urging Congress to build a new missile defence base in the Pacific as part of a larger strategy to counter China's military threat to the region.
The Pentagon is seeking $US77 million ($98 million) to build a permanent "land-based integrated air and missile defence system and associated weapon delivery system on Guam", as outlined in the Indo-Pacific Deterrence Act.
In addition to the defence system, which is designed to track down and destroy missiles before they do harm, the US is considering an increase to its ground-based missiles on Guam that could fire on targets over 500 kilometres away.
Read more ….
Update #1: Pentagon pushes for island missile defence system to counter China (9 News) Update #2: ‘Guam is a target today.’ Pacific chief pitches Aegis Ashore to Congress (Defense News)
WNU Editor: To me it is a given that in any conflict with China, one of the first targets will be Guam …. China tests 'Guam killer' missile it says can strike moving warships (ABC News).Original Article