Russian Government Websites Are Down. Is This Due To A U.S. Cyber Attack? 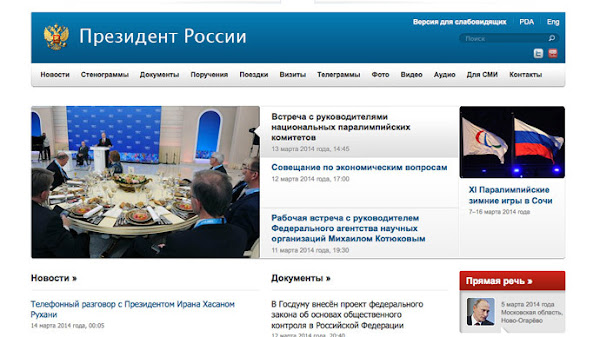 Sputnik: Problems With Access to Russia's State Websites Not Tied to Twitter's Slowdown, Ministry Says
MOSCOW (Sputnik) – Difficulties getting access to a number of Russia's state websites have been caused by failures with the routers operated by the country's largest Internet service provider and have no connection to the Roskomnadzor watchdog's decision to impose restrictions on Twitter.
Earlier in the day, Russian users experienced problems trying to get access to the websites of the Kremlin, Government, State Duma and Federation Council. The websites have since been operating normally.
"According to the information received from Rostelekom, temporary problems with the accessibility of a range of websites are not connected with the technical operations carried out by Roskomnadzor concerning the Twitter social network," the ministry's press service told Sputnik on Wednesday.
Read more ….
Update #1: Russian government websites down for some users, operator reports network malfunction (Reuters) Update #2: Kremlin ‘alarmed’ by reports US considering cyberattack against Russia, as official government websites suddenly taken offline (RT)
WNU Editor: The agency responsible for the Russian internet is blaming router problems. I am skeptical of that. They have back-ups covered with other back-ups to cover these situations.
And talk about timing. It was only yesterday the Kremlin was warning the U.S. to not launch a cyber-attack …. Kremlin Warns The U.S. Not To Launch Cyberstrikes On Russia (March 9, 2021).Original Article