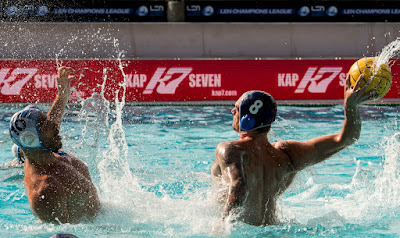 Two of the highest ranked Champions League qualifiers will clash in the Euro Cup quarter-finals: Serbia’s Radnicki, 2nd in the qualification round in November, and Szolnok, 3rd in the other group, have been drawn against each other.

The draw for the Euro Cup quarters has been conducted this morning in the LEN Office in Nyon. The highlighted clash of the best eight is definitely the duel of Radnicki and Szolnok. The Serbs, Champions League runners-up in 2014, and the Hungarians, Champions League winners in 2017, should offer two great matches in the second half of March (add that Szolnok’s scoring engine is fuelled by Serbian stars Filip Filipovic and Dusko Pijetlovic).

The other Hungarian side OSC, third in the Champions League qualifications, is to meet Sabadell – the Spaniards enjoyed an outstanding away-match in Mataro after a home draw with the fellow Spanish club.

Russia’s strongest team Dynamo is paired against Serbia’s Crvena Zvezda, another exciting match-up. And last but not least Mladost, runner-up in the Champions League qualification in November in Sicily, will have two thrilling encounters against Vouliagmeni – the Greeks managed to edge out Serbia’s up and coming club Novi Beograd in the eight-finals, now they face another big challenge.