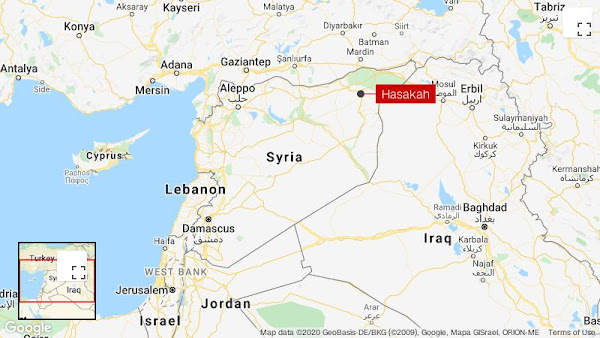 Defense One: Coalition Plans To Expand Giant ISIS Prison In Syria
The UK-funded effort signals no answer in sight to the thousands of foreign and Syrian detainees.
AT A COALITION MILITARY BASE IN NORTHEAST SYRIA — The U.S.-led anti-ISIS coalition is funding a dramatic expansion of a large detention facility in northeastern Syria, a move that may reduce the chance of breakouts but which signals that no better way is in sight to deal with captured foreign and local militants.
The effort will double in size the current facility at Hasakah, a series of three converted school buildings that holds roughly 5,000 prisoners, according to British Army Maj. Gen. Kevin Copsey, the coalition’s deputy commander for strategy.
Read more ….
WNU Editor: No one wants these prisoners, and with good cause. Bottom line. It looks like these prison facilities are going to be permanent.Original Article

Previous EU Leaders Considering The Introduction Of Vaccine Passports
Next Former President Obama Says All Black Americans Should Get Reparations Because The U.S. Was ‘Built On The Backs Of Slaves’