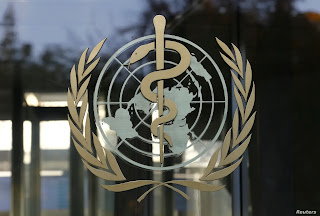 CNN: CNN Exclusive: WHO panel to recommend 'deeper' study of early Covid-19 clues
(CNN)The World Health Organization's preliminary report into the origins of the novel coronavirus will recommend more extensive contact tracing of the first known patient with Covid-19 in Wuhan, China, as well as the supply chain of nearly a dozen traders in the Huanan seafood market, which is thought to have played a role in the early spread of Covid-19 in late 2019, according to investigators familiar with the draft report.
Independent scientists told CNN the rudimentary investigative work being recommended should have been done many months previously by Chinese scientists looking into the virus' origin.
They said they found it "surprising" and "implausible" Chinese scientists had not already done that work. The panel's recommendations will pursue, among others, two key lines of inquiry, the investigators familiar with the draft report told CNN.
Read more ….
Update: WHO to recommend extensive study of first known COVID-19 patient, wet market suppliers: report (The Hill)
WNU editor: The Chinese are not going to comply. As far as they are concerned the World Health Organization has already issued their conclusions, absolving China by saying that the Covid-19 outbreak did not come from their labs …. World Health Organization Team In China Says COVID-19 Probably Came From Animals And Not From A Lab (February 9, 2021).Original Article