zekal3_3 2021-05-19 Fashion, Life & Love Comments Off on 34 nations are expected to compete in Spain at the Artistic Swimming Qualification Tournament 17 Views 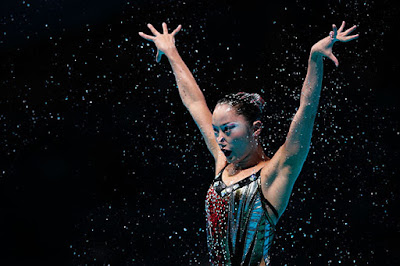 Athletes representing 34 countries are scheduled to arrive in Barcelona in a few weeks, all looking for an Olympic spot at the Artistic Swimming Qualification Tournament from June 10-13 or fighting for the best possible ranking at the World Series Super Final.

On the Duet competition for Tokyo, and before the Spanish rendezvous, 11 countries, Russia, China, Japan, Ukraine, Spain, Canada, Mexico, Kazakhstan, Egypt, South Africa and Australia already have earned starting rights at the Games (in which the Duet competition will comprise 22 pairs).

Fourteen other duets are expected to participate in Barcelona. The Duets representing Austria, Italy, France, the United States of America, Greece, all among the Top 16 at the Rio Olympics, will have to prove themselves once again as they face the Duets from Germany, Liechtenstein, Netherlands, San Marino, and Hungary, who are all determined to showcase their improvements and demonstrate that they are also in the mix for one of the seven qualification spots. The remaining three duets will come from the qualification of the Teams, also in Barcelona.

Concerning precisely the Team event, Australia, Canada, China, Egypt, Japan, Russia and Ukraine have already secured their appearance in Tokyo by winning their Continental Championships or with their finish at the Gwangju 2019 World Championships.

Entries from host Spain, France, Greece, Italy, Korea, and the United States of America will ensure a thrilling fight for each other for the three remaining qualification spots for Tokyo.

Great finale for the World Series

While the FINA Artistic Swimming World Series circuit has been around since 2017, the Super Final leg originated in 2019. At the Super Final, the first twelve highest-ranked National Federations in each event (Solo, Duet, Mixed Duet and Teams) are invited to attend and continue to collect points to determine the winner in each category.

After the first and only Super Final in Budapest, Hungary in 2019, the 2020 circuit only saw the first leg, in Paris France, contested, as the world was brought to a halt due to the COVID-19 pandemic.

Despite all the challenges in 2021, USA, Russia and Hungary were been able to successfully organise ASWS meets in recent months.

For the 2021 Super Final in Barcelona, all National federations were invited to participate and continue earning points towards the final ranking and price monies. The only requirement is the participation in at least two ASWS legs, including the Super Final.