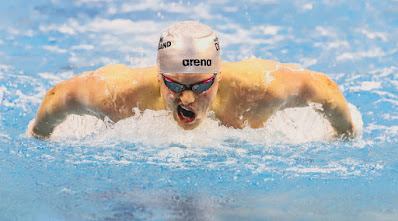 Swim Ireland have confirmed a large team of 24 athletes (20 swimmers and 4 divers) for the LEN European Aquatics Championships in Budapest, Hungary, which begin today at the Duna Arena.

The focus for the divers will be on further preparation for the Olympic Games, with two athletes certain to be invited to Tokyo 2021 at this stage, whilst the other half of the contingent await further clarification on their Olympic status.

The focus for the swimming contingent will be on Tokyo 2021 relay qualification – this will be an attempt to qualify an Irish relay to the Games for the first time since 1972.

The quartet that competed for Olympic qualification at the FINA Diving World Cup in Japan last week will once again form the diving team, with Oliver Dingley, Clare Cryan, Ciara McGing, and Tanya Watson aiming for big performances after an exciting return to competition in Tokyo.

No Olympic qualification is available to the divers on this occasion, but the swimming team have been selected with a specific and clear aim of grabbing some of the remaining Olympic relay spots, which are still open to the world at large until the qualification period ends on May 31.

The Olympic relay qualification process sees the 12 highest finishing nations in each Olympic relay event at the 2019 FINA World Championships (held in Gwangju, South Korea) having automatically qualified for the Games.

With a total of 16 Olympic slots available per relay, each event has four positions still available, with Ireland currently sitting in two Top-16 positions leading into this competition.

These positions must be secured further with faster times produced than those achieved in Gwangju, with the Championships in Budapest being the last opportunity for European nations to achieve this.

An Irish team in the Mixed 4x100m Medley relay has also been selected for Budapest, as has a quartet for the Women's 4x100m Medley and 4x100m Freestyle relay events.

Ireland's hopes and chances of qualifying one or more of these teams to Tokyo could not be more evenly spread across these five key events, with many other European nations feeling that a similar opportunity is also in their hands.

Ireland’s most recent Irish Senior Record-holder Finn McGeever will also be making his debut appearance at a European Championships, as will Gerry Quinn, Naomi Trait, Erin Riordan and Max McCusker.

McGeever, who trains at National Centre (Limerick), earned his first Irish Senior Record at the Irish National Team Trials last month with a surprise 3:53.83 in the 400m Freestyle.

Ireland has 'clear intent and purpose'

Swim Ireland’s National Performance Director Jon Rudd said: “For our swimmers, this event has an explicit relay focus as far as we are concerned, and the athletes are aware that this is the absolute priority for these Championships.

"There is nothing more honourable in our sport than representing your nation in a relay event and this team have been selected with one purpose in mind – that of Olympic relay qualification.

"The team is littered with high quality athletes, and we will be doing all we can to see at least one Irish relay team feature at an Olympic Games for the first time in 49 years.

"For our divers, it's off a plane from Tokyo and onto a plane to Budapest in the quest for much needed international competition leading into the summer, something that we have all missed so much in the last 14 months.

"Across swimming and diving, it is a large team, and it has been selected with a clear intent and purpose."