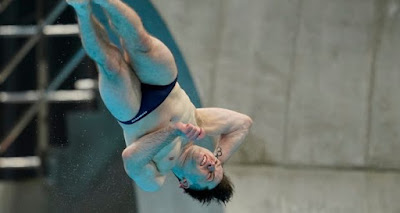 Dingley needed to finish in the Top 18 in the 3m springboard to achieve automatic qualification for his second Olympic Games and secured 15th .

The National Record-holder scored 399.75 points in the preliminary round, advancing to the semi-finals, which take place on Thursday morning from 2am and could yet see him improve his final position.

Tanya Watson, who on Tuesday became the first Irish female diver to qualify for an Olympic Games, finished her competition with a score of 295.50 points in the 10m Platform semi-final.

Improving on the 271.85 points achieved in the preliminary round, the 19-year-old’s semi-final score is the highest she has ever posted in a FINA competition.

This has come despite a tumultuous 12 months, in which Watson has seen her normal training pool in Southampton, UK closed for long periods during lockdowns.

Watson has spent much of the past year at National Centre (Dublin) training with Oliver Dingley and Clare Cryan under Ireland’s National Head Coach for Diving, Damian Ball at the Sport Ireland National Aquatic Centre.

Reflecting, Damian Ball, National Head Coach for Diving, said: “Another fantastic day and some top class performances from our divers.

“Ollie’s experience was clear today, he was consistent, confident, and hardly put a foot wrong. 16 months of no competitions hasn’t seemed to phase Ollie at all.

“Tanya dived with passion and enjoyment in her debut World Cup semi-final. 2 points was all that separated her from a spot in the final. The remainder of this season could be very promising for this young talent.”

The next stop for Watson is the LEN European Championship in Budapest, which begin on Monday, May 10.

Previous Canada’s Jennifer Abel is ready to take part in her fourth Games in Tokyo “We feel very safe in these conditions”
Next Happy 90th Birthday to the Say Hey Kid: Willie Mays