zekal3_3 2021-05-06 Fashion, Life & Love Comments Off on Canada’s Jennifer Abel is ready to take part in her fourth Games in Tokyo “We feel very safe in these conditions” 16 Views 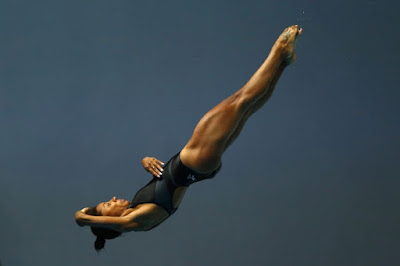 Canada’s Jennifer Abel, with one Olympic and 10 medals at the FINA World Championships, is ready to take part in her fourth Games, this summer in Tokyo. Second in the women’s 3m springboard synchro at the 2019 FINA World Championships, she had assured her place in the major rendezvous of this year, but on the initial day of the FINA Diving World Cup, the Canadian ace shone once again, finishing the final also as a runner-up (with Melissa Citrini Beaulieu), behind the Chinese duet.

At almost 30, Abel won a bronze medal at the 2012 London Olympics in this event, but in 2016, in Rio, she collected two fourth places, both in the 3m synchro and individual final.

For the Games in Tokyo, Abel is clear: “My goal is always the same. When I take part in an event, I always try to give my best. In this case, I will fight for a podium position, so I can get a medal for Team Canada.”

“The past year was hard for me, as it was hard for every athlete. We all do plans on training and competitions, but with all the calendar deeply changed, we lost control on many things. That was the hardest part. At the same time, I was lucky I could train as if I would leave for the Olympics on the following day. I was always ready to go and fight for my goals”.

As with all participants in this FINA Diving World Cup, Jennifer Abel is part of a sanitary “bubble”, which involves the necessary restrictions aimed at containing the spread of the virus during the event. “We need to adapt, everyone needs to cope with these conditions. The main goal for everyone is to be and feel safe, and we are very safe here. We cannot ask for better conditions with this COVID situation”, she admits.

On the facility, the Tatsumi Aquatics Centre, where the Swimming, Diving and Artistic Swimming events during the Olympic will be held, the Canadian star is unequivocal: “The venue is amazing, one of the most beautiful pools I have ever seen. The fact of being able to compete in this pool, where the Olympics will actually take place, is very important for us. We were not able to compete for the last year and a half, so it’s very helpful for us.”

Previous Paola Espinosa the diving star from Mexico “I was afraid for my life; now, I want a medal! in Tokyo”
Next Plenty of Olympic diving spots up for grabs in Tokyo this week