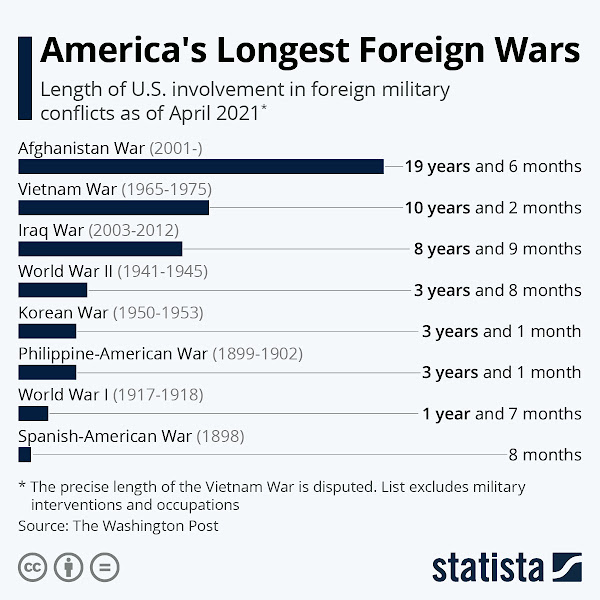 President Biden has announced that 2,500 U.S. troops and another 7,000 from NATO will start returning home from Afghanistan in May, with the full withdrawal set to be completed in time for the 20th anniversary of 9/11.

In a White House speech, he said: "I am now the fourth American president to preside over an American troop presence in Afghanistan. Two Republicans. Two Democrats. I will not pass this responsibility on to a fifth."

Statista's Niall McCarthy details that over the course of nearly two decades, America's longest war has consumed $2 trillion dollars, cost 110,000 Afghan lives and also resulted in the deaths of 3,500 coalition service members including around 2,400 Americans.

WNU Editor: The U.S. is still in Afghanistan. A lot can happen between now and September 11 when US forces must be out of Afghanistan.

Previous Tonight’s Movie Is ‘The Highest Honor; (1982)
Next Iran Says 60 Percent Enrichment ‘Under Way’ At Its Natanz Nuclear Site