UFOs Buzzing US Warships Off The Coast Of California May Be From Another Country Gathering Intelligence On U.S. Fighting Capabilities

zekal3_3 3 weeks ago Videos, World Comments Off on UFOs Buzzing US Warships Off The Coast Of California May Be From Another Country Gathering Intelligence On U.S. Fighting Capabilities 18 Views 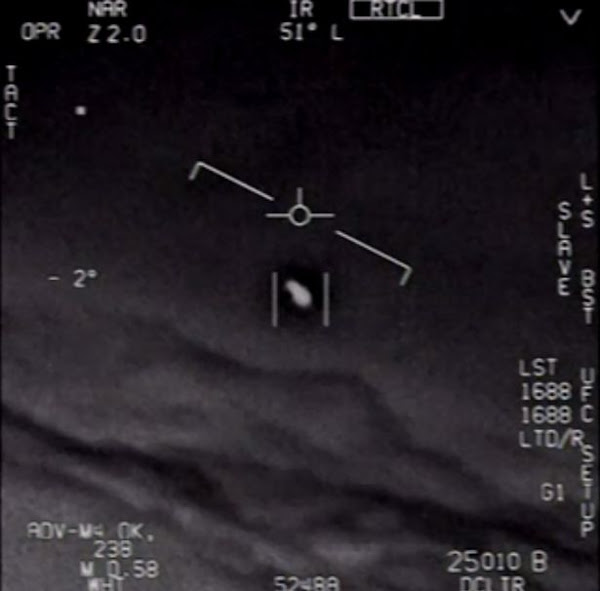 In an encounter in 2004, pilots from the USS Nimitz reported an object in the sky. DoD

Warzone/The Drive: Adversary Drones Are Spying On The U.S. And The Pentagon Acts Like They're UFOs

The U.S. military seems aloof to the fact that it's being toyed with by a terrestrial adversary and key capabilities may be compromised as a result. We may not know the identities of all the mysterious craft that American military personnel and others have been seeing in the skies as of late, but I have seen more than enough to tell you that it is clear that a very terrestrial adversary is toying with us in our own backyard using relatively simple technologies—drones and balloons—and making off with what could be the biggest intelligence haul of a generation. While that may disappoint some who hope the origins of all these events are far more exotic in nature, the strategic implications of these bold operations, which have been happening for years, undeterred, are absolutely massive.

Our team here at The War Zone has spent the last two years indirectly laying out a case for the hypothesis that many of the events involving supposed UFOs, or unidentified aerial phenomena (UAP), as they are now often called, over the last decade are actually the manifestation of foreign adversaries harnessing advances in lower-end unmanned aerial vehicle technology, and even simpler platforms, to gather intelligence of extreme fidelity on some of America's most sensitive warfighting capabilities.

Update: Strange UFO sightings probed by US may be 'hypersonic drones' from Russia or China (The Mirror)

WNU Editor: The Warzone team are probably onto something.