U.S. Military And Intelligence Agencies Refining Plans To Prevent Afghanistan From Becoming A Terrorist Base

zekal3_3 3 weeks ago Videos, World Comments Off on U.S. Military And Intelligence Agencies Refining Plans To Prevent Afghanistan From Becoming A Terrorist Base 9 Views 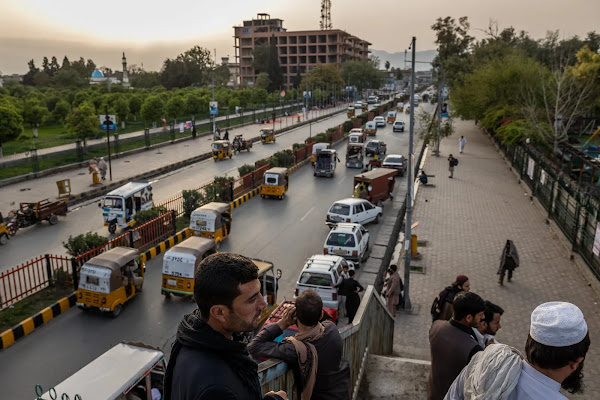 New York Times: How the U.S. Plans to Fight From Afar After Troops Exit Afghanistan

Drones, long-range bombers and spy networks will be used in an effort to prevent Afghanistan from re-emerging as a terrorist base to threaten the United States.

WASHINGTON — American troops are set to leave Afghanistan no later than Sept. 11, but the Pentagon, American spy agencies and Western allies are refining plans to deploy a less visible but still potent force in the region to prevent the country from again becoming a terrorist base.

Drawing on the hard lessons from President Barack Obama’s decision a decade ago to withdraw American troops from Iraq — allowing the rise of the Islamic State three years later — the Pentagon is discussing with allies where to reposition forces, possibly to neighboring Tajikistan, Kazakhstan and Uzbekistan, according to United States officials.

Attack planes aboard aircraft carriers and long-range bombers flying from land bases along the Persian Gulf, Indian Ocean and even in the United States could strike insurgent fighters spotted by armed surveillance drones.

But there are risks. Afghan commandos who have been providing the bulk of intelligence on insurgent threats could disintegrate after the United States withdraws, leaving a large hole to fill.

WNU Editor: After reading the above New York Times article I came to the following conclusion. The US military and its intelligence agencies have no clue on what to do next. Drones! Long-range bombers! Spy networks! Bold words, but completely lacking in details.