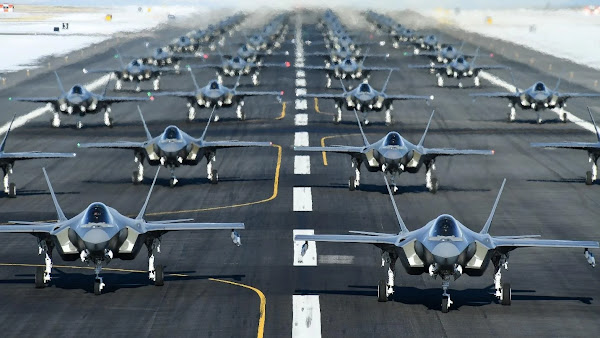 The F35 is the greatest boondoggle in American history, as one writer says, “too expensive to use, too expensive to lose”. Over its lifespan, it will cost the American taxpayer $1.7 trillion. An f35B costs $138 million dollars and over $36,000 an hour to operate.

Intended to replace the F16, the F35 is slow, maneuvers sluggishly and cannot fire its new lightweight Gatling without destroying the housing and the airplane. It suffers from 13 “class one” defects that endanger both the aircraft and its crew. And 871 flaws that must be corrected before it can be fully operational — in 5 years.

Still, the US has managed to force this aerial junk on a lot of its allies, most recently the UAE, which has prompted the Israelis, who have two squadrons the F35 and mostly use it for PR, to ask for the F22, which, of course, they can only afford to buy with American money.