zekal3_3 3 weeks ago Videos, World Comments Off on China State Media Says Chinese Fighter Jets Will Fly Over Taiwan To Declare Sovereignty If Relations Between Washington And Taipei Continue To Improve 14 Views 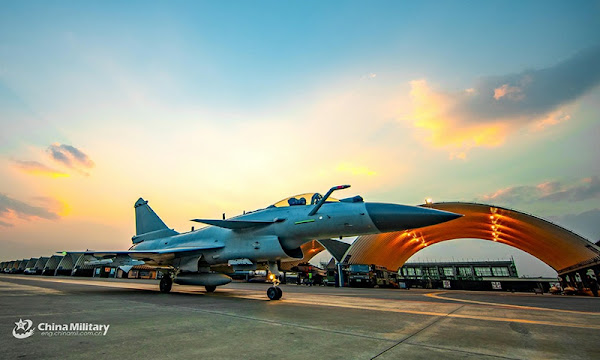 A fighter jet attached to an air force aviation brigade under the PLA Southern Theater Command taxies on the flightline before takeoff during a round-the-clock flight training exercise on March 4, 2021.Photo:China Military

Chinese fighter jets will fly over Taiwan to "declare sovereignty" if relations between Washington and Taipei continue to improve, a prominent state media figure said after Beijing sent 25 warplanes toward the island on Monday.

Hu Xijin, chief editor of China's nationalistic Communist Party newspaper the Global Times, fired back at recent comments by Secretary Antony Blinken and said the military operation was a response to the State Department's loosening of interaction guidelines between officials from the U.S. and Taiwan.

The People's Liberation Army would "step up military pressure" in the event of a further warming of U.S.-Taiwan ties, he said. "If Taiwan forces open fire, that will be the moment of all-out war across the Taiwan Strait," he added.

WNU Editor: Taiwan will probably shoot down these fighter jets if that should happen.

Previous How Long Will The U.S. Economy Continue To Grow?
Next Chinese Military Incursions In Taiwan’s Airspace Are Not Only Increasing But Also Involving More Planes