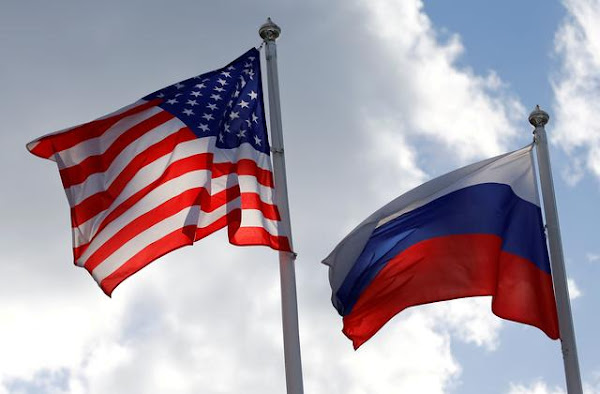 Russian and U.S. state flags fly near a factory in Vsevolozhsk, Leningrad Region, Russia March 27, 2019. REUTERS/Anton Vaganov
Reuters: U.S. wages psychologicial war on Moscow – Russian defense adviser
MOSCOW (Reuters) – The United States and other Western countries are waging a psychological war on Russia to try to undermine President Vladimir Putin and state institutions, an adviser to Russia’s defence minister said.
The aide, Andrei Ilnitsky, also said in comments widely reported by Russian media that Washington also wanted to alter how Russians think in a “war…for people’s minds”.
Moscow’s ties with Washington are at a post-Cold War low, with U.S. President Joe Biden saying he believes Putin is a killer who deserves to be hit with sanctions for meddling in U.S. politics, charges the Kremlin denies.
Read more ….
WNU Editor: I am the first to admit that the Kremlin has always been good at waging disinformation/psychological warfare. But the real masters at it are the Americans.Original Article

Previous Russia Approves Extending Space Cooperation With U.S. Until 2030
Next We Are Easter People: Two Thoughts from Sports & Spirituality