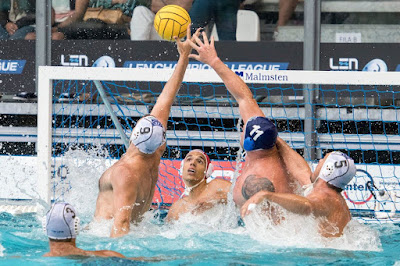 Szolnok tore Crvena Zvezda apart in Belgrade, the 2017 Champions League winning side’s 12-20 away victory almost surely secured the team’s berth in the Euro Cup final. Fellow Hungarian side OSC gained a three-goal advantage against Vouliagmeni at home (10-7), here the Greeks need another miracle to go through, though they already produced some in the previous rounds.

Back in November, OSC beat Vouliagmeni 11-7 in the same pool in the Champions League qualifications (though with nothing serious at stake, played for the third place). In that match the home side staged a 3-0 run in the second period to lead 6-2 and maintained that lead till the end. Now something similar happened: the first period saw the Magyars take a 4-2 lead, then came another 3-0 rush in the following quarter and OSC was 7-2 up at halftime.

The game offered a much higher level – understandably – than the last one, it was a huge physical battle with lots of swimming, great defending and a series of action goals. The man-down differences worked extremely well, especially on the Greeks’ side as they killed 13 of OSC’s 15 extras (including a 6 on 4), however, the Hungarians’ attack worked well at full strength for three periods as they were still 9-5 up.

In the fourth their shots lacked precision (they faded in front as time went by: scored 4, 3, 2, 1 goal per quarter respectively) while the Greek fought hard and they could narrow the difference to three goals by the end. Luka Lozina finished off a counter for 10-7 0:18 to go, before and after OSC blew away 6 on 5s, the last Greek block denied them to repeat the very same scoreline from November. Still, OSC earned a three-goal advantage despite a disastrous 2/16 man-up ratio – while the Greeks could be happy as at stages a larger defeat was also in the cards. Vouliagmeni offered some heroic efforts at home against Novi Belgrade (SRB) and favourite Mladost (CRO) – next Saturday we’ll see if they could do one more miracle.

The other semi-final in Belgrade turned into a one-sided contest as Szolnok came up with another devastating offensive campaign. The Hungarians were producing floods of goals at almost each match they played in this season – in the Euro Cup they netted 35 in two matches against Primorac (MNE) in the eight-final and 24 against Radnicki (SRB) in the quarters. Now they stopped at 20 in Belgrade while they built an 8-goal lead in three periods.

They set the tone with a 1-4 opening period, followed by an 11-goal second quarter where Szolnok expanded its lead to 6-10. Then in the third the visitors blew they young Serbs away – after 7-11 they staged a 1-5 rush, including three hits in the last 1:05 minutes, the last two coming after missed hosts’ man-ups. In the fourth they did not risk anything, kept their 8-goal lead till the end. Szolnok’s three Serbian stars did well against their fellows – scored 7 in total – but this time the Hungarian team-mates were also in the mood, all but one scored at least one, Norman Schmolcz had four. 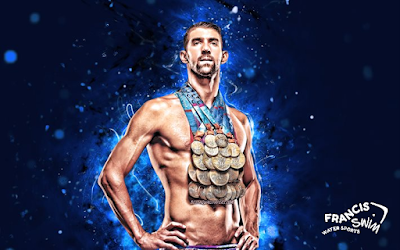