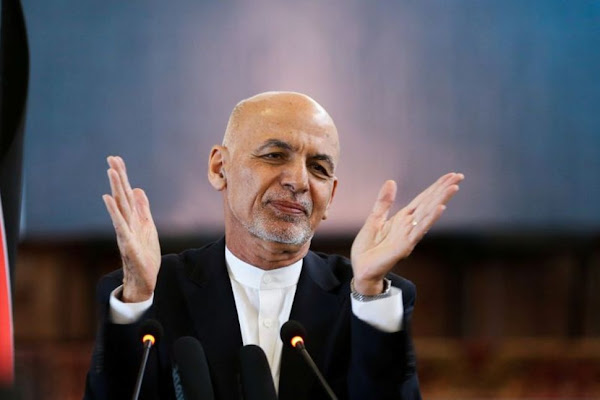 Afghanistan's President Ashraf Ghani gestures during celebrations to mark Afghan New Year (Newroz), in Kabul, Afghanistan March 21, 2021. REUTERS/Omar Sobhani/File Photo
Reuters: Afghan leader proposes peace road map in three phases – document
KABUL (Reuters) – Afghan President Ashraf Ghani will put forward a three-phase peace roadmap for Afghanistan during a proposed meeting in Turkey, seeking an agreement with the Taliban and a ceasefire before elections, a document seen by Reuters shows.
Washington is pushing for a conference to be hosted by Turkey, with U.N. involvement, this month to finalise a peace deal between the government and the Taliban as a May 1 deadline looms for the withdrawal of all foreign troops.
Ghani’s plan will be presented as a counter to proposals put forward by Washington, rejected by the Afghan government, that envisage immediately drawing up a new legal system for an interim administration to include Taliban representatives.
Read more ….
WNU Editor: I do not sense the Taliban are interested in any of these proposals. And I do not think this is also going to go anywhere either …. U.S. Looks to Build on Secret Portions of Taliban Deal to Reduce Violence (New York Times).Original Article