Russia’s Navy Wants New, Smaller Warships And Submarines With A Lot Of Firepower

zekal3_3 2 weeks ago Videos, World Comments Off on Russia’s Navy Wants New, Smaller Warships And Submarines With A Lot Of Firepower 8 Views 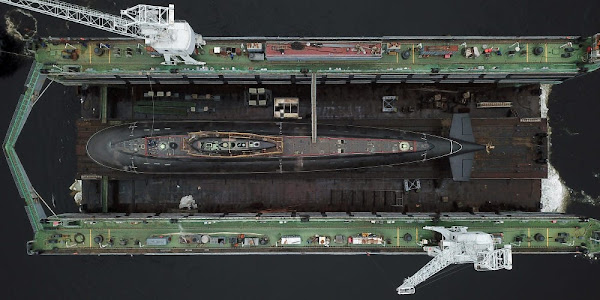 Russian Navy diesel-electric attack submarine Magadan during a launch ceremony at Admiralty Shipyard in St. Petersburg, Russia, March 26, 2021. Peter KovalevTASS
Business Insider: Russia's Navy is making a big bet on new, smaller warships loaded with missiles
* The fleet Russia inherited from the Soviet Union quickly fell into disrepair after the Cold War. * But Moscow has invested heavily in its Navy over the past two decades. * The result is a growing and modern force that poses unique challenges to NATO militaries.
The Russian Navy has been busy.
It's stepping up operations in the Arctic, expanding its presence in Africa and the Middle East, and keeping a close eye on NATO around Europe.
It's also making progress on a number of high-profile shipbuilding projects. It plans to commission or receive six new submarines — three of them nuclear-powered — by the end of this year and expects to receive a fully modernized Kirov-class nuclear battlecruiser and to begin sea trials for its only aircraft carrier by the end of 2022.
Read more ….
WNU Editor: A lot of small ships with a lot of fire-power. Makes sense to me.Original Article

Previous Tonight’s Movie Is ‘Battle Of Britain’ (1969)
Next What Four Languages Should Active Duty Soldiers Learn?