This Is What Is Necessary To Dislodge A 200,000-Ton Ship From A Canal Wall

zekal3_3 4 weeks ago Videos, World Comments Off on This Is What Is Necessary To Dislodge A 200,000-Ton Ship From A Canal Wall 10 Views 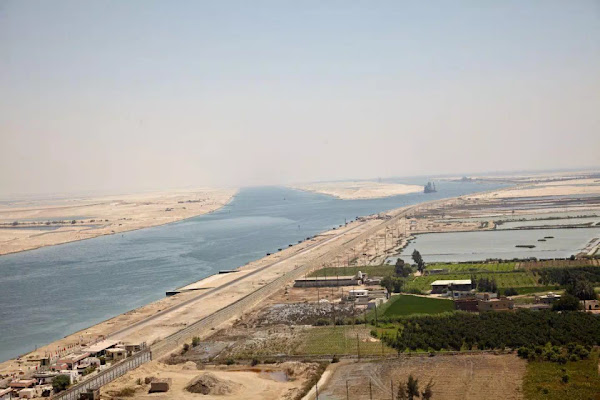 How to Dislodge a 200,000-Ton Ship From a Canal Wall
Bloomberg: How to Dislodge a 200,000-Ton Ship From a Canal Wall
(Bloomberg) — When you can’t shift a ship that’s stuck fast into the wall of a canal that’s vital to world trade, there’s only one thing to do: call the salvage guys.
The Ever Given container ship — a 200,000-ton behemoth — has been blocking what is arguably the world’s most important waterway, the Suez Canal, since Tuesday morning.
The struggle to dislodge it is now turning the world’s attention to the work of SMIT Salvage, a legendary Dutch firm whose employees parachute themselves from one ship wreckage to the next, saving vessels often during violent storms.
The company is synonymous with some of the most daring naval salvages, including lifting a sunken Russian nuclear submarine in 2001, and removing fuel from inside the Costa Concordia cruise ship after it ran aground in Italy in 2012.
Read more ….
WNU Editor: I see a lot of diggers and tugboats in the coming days.Original Article