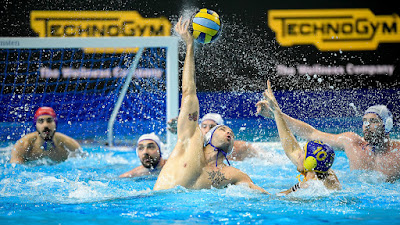 The draws for the semi-finals in the respective club competitions were conducted in Rome: teams in the Final Four tournaments of the Euro League and the LEN Trophy was paired, and the men’s Euro Cup semis were also determined.

Live-streamed on the web, the draws for the European club competitions were staged in the famous Foro Italico complex in Rome, conducted by LEN Operational Manager Marco Birri.

In the top women competition the two Hungarian clubs avoided each other in the Euro League semis. UVSE meets Olympiacos, just like in 2016 when the Magyar team beat the Greeks in the semis and finished runner-up, so far their best effort in this event – while Olympiacos chasing its second title after 2015. The other semi-final features the two sides which return after more than ten years – the second Hungarian team Dunaujvaros will play in the F4 for the first time since 2006, while Uralochka’s last appearance dates back to 2007.

The LEN Trophy semis will see the clash of 2016 winner Mataro and newcomer SIS Roma, then comes the ‘heavy-weight’ bout of Sabadell and Kirishi. These two claimed two Euro League trophies apiece in the previous four years, including a head-to-head final in 2018, won the by the Russians in penalties.

Upon this occasion, the men’s Euro Cup semis were also determined though here the second legs of the quarters are due tomorrow. The QFs were numbered so the winners of the respective duels shall play each other in early April in the semis. There is a potential all-Serbian clash between Crvena Zvezda and Radnicki, though here the latter team needs a miracle in Szolnok as they lost by two at home a week ago. OSC has a comfortable 6-goal advantage in Sabadell so the Magyars might already have an eye to the thrilling clash of Vouliagmeni and Mladost where the Croats try to save their single-goal advantage from Zagreb. 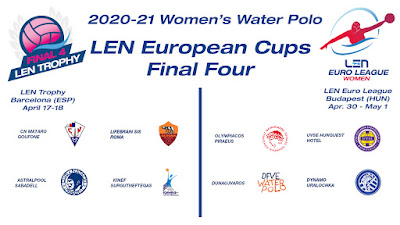 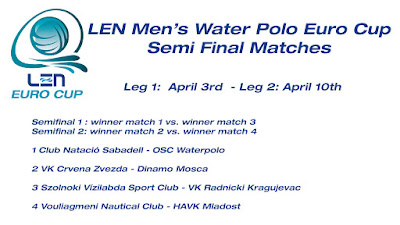