zekal3_3 4 weeks ago Videos, World Comments Off on Beijing Warns Five Eyes That An ‘Irritated’ China Would Be ‘Difficult To Handle’ 8 Views 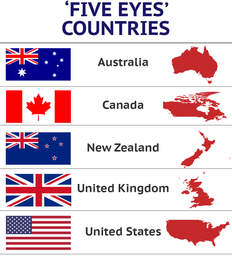 RT: ‘You wouldn’t like me when I’m angry’: Beijing warns Five Eyes that an ‘irritated’ China would be ‘difficult to handle’
The Chinese foreign ministry has called on the nations of the Five Eyes alliance to enter the 21st century and stop viewing Beijing as the Qing Dynasty, after the allied countries successively accused China of human rights abuses.
Speaking at a regular news conference on Wednesday, foreign ministry spokeswoman Hua Chunying urged the nations of the Five Eyes alliance (Australia, Canada, New Zealand, the UK, and the US) to stop interfering in China’s internal affairs.
Read more ….
WNU Editor: These remarks were made at today's Chinese Foreign Ministry press conference …. Foreign Ministry Spokesperson Hua Chunying's Regular Press Conference on March 24, 2021 (Ministry of Foreign Affairs of The People's Republic of China)Original Article

Previous After Proposing A Ceasefire, Saudi Arabia Has Intensified Its Bombings Against The Houthis In Yemen
Next Top U.S. Admiral: Possibility China Tries To Invade Taiwan ‘Closer To Us Than Most Think’