zekal3_3 4 weeks ago Videos, World Comments Off on Pentagon Will Keep An Eye On Chinese And Russian Space Ambitions Under President Biden 15 Views 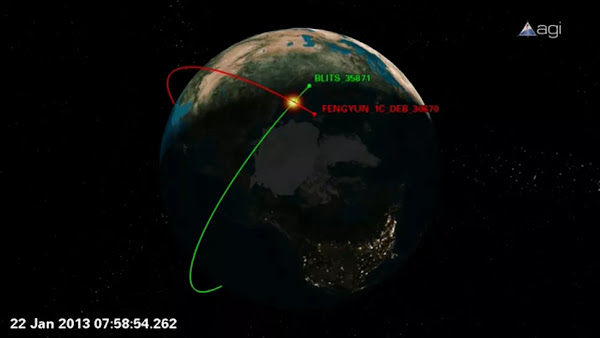 Space junk created by a 2007 Chinese anti-satellite test hit a Russian satellite on Jan. 22, 2013. (Image credit: Courtesy of Analytical Graphics, Inc.)
Space.com: US military to keep wary eye on Chinese and Russian space ambitions under President Biden
A continued focus on the space ambitions of Russia and China is likely to be a throughline between the Trump and Biden administrations.
The space ambitions of Russia and China will likely stay front and center for the U.S. military during the administration of President Joe Biden, experts say.
Read more ….
WNU Editor: Truth be told. The U.S./Pentagon has always been looking at other countries and on what they are doing in space.
Meanwhile, here is he new head of NASA …. NASA Veterans Baffled by Biden Pick of Bill Nelson to Lead Agency (Daily Beast)Original Article