World Triathlon to restart Olympic & Paralympic rankings on 1 May, 2021

zekal3_3 4 weeks ago Fashion, Life & Love Comments Off on World Triathlon to restart Olympic & Paralympic rankings on 1 May, 2021 10 Views 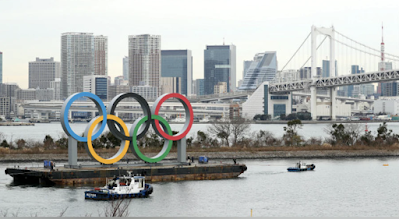 The restart of the Olympic qualification period will mean that athletes will have the opportunities to compete in a total of 6 events, including World Triathlon Championship Series Yokohama and Leeds and World Triathlon Cups in Osaka, Lisbon, Arzachena and Huatulco, with racing planned in three continents during the window. The remaining Continental Championships and the Mixed Relay Olympic Qualification events are also planned to be held during the qualification period. The world rankings will also reopen on 1 May.

The restart of the Paralympic qualification period will mean that athletes will have the opportunities to compete in at least 4 events, including World Triathlon Para Series and World Triathlon Para Cups, with racing planned on two continents during the window. The remaining Continental Championship events are also to be held during the qualification period. The para triathlon world rankings will also be reopened on 1 May.

The standings were frozen last March due to the worldwide impact of the pandemic and the subsequent travel restrictions that forced athletes around the globe to limit their training and travel, and led to many events being postponed and cancelled. The World Triathlon events that took place at the end of the 2020 season, including the World Championships, did not count for the Olympic nor the Paralympic rankings.

More specific details regarding this process, and the updated qualification criteria, will be communicated to all National Federations in the coming days.

In the Board meeting, held once more via videoconference, it was approved the appointment of the new members of the World Triathlon Tribunal: Ize Matebese (NIR), Judge Jones (USA), Judge Tom O’Donnell (IRL) and Stephen Sampson (UK). The Board also approved to appoint Bela Varga (HUN) as a member of the Competition Jury for the Tokyo Olympic Games, after the resignation of one of the previously selected members. Byambaa Tsagaanbaatar (MON) has been nominated as a Technical Official for the Tokyo Paralympic Games, also in replacement of a TO that resigned.

The Executive Board approved in the same meeting the Development contracts with Americas Triathlon, Africa Triathlon and Asia Triathlon, which will grant these continents funds for development activities during the 2021 season.