Is This The U.S. Air Force’s Next Fighter Jet? 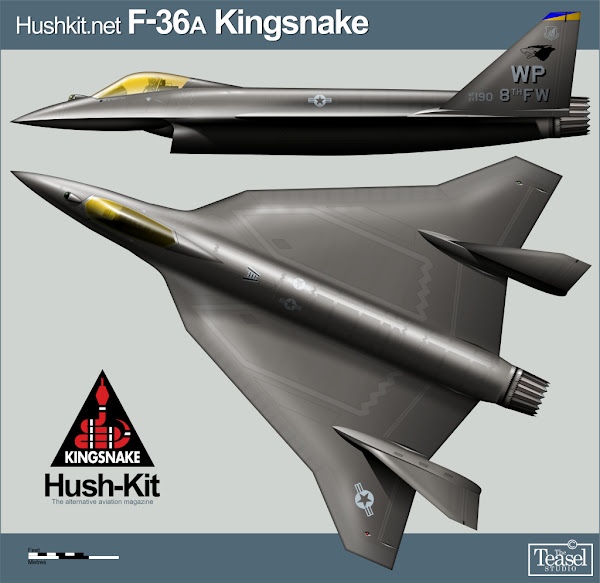 Popular Mechanics: This Is the F-36 Kingsnake. It Could Be the Air Force's Next Fighter Jet.
* The U.S. Air Force has expressed interest in a new, non-stealthy fighter jet to replace the F-16. * Several aviation experts have banded together and invented a new jet out of thin air.
* The result, the F-36 Kingsnake, would use the F-22’s engines, place less of an emphasis on stealth, and use digital engineering.
Last month, U.S. Air Force Chief of Staff Gen. C.Q. Brown caused a stir when he announced the service was looking into buying a brand-new fighter jet to help replace the F-16 Viper. Such a jet doesn’t exist—yet—but thanks to new digital engineering techniques, it could actually enter service before 2030.
Read more ….
WNU Editor: More details on this theoretical fighter jet is here …. The F-36 Kingsnake: the ‘fifth-generation-minus’ fighter USAF wants (Hush-Kit).Original Article