A Look Inside The US Presence In Syria 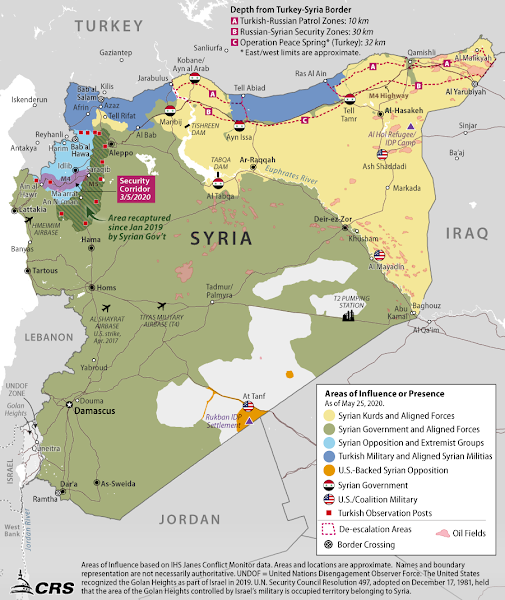 Stars and Stripes/LA Times: Inside US troops’ stronghold in Syria, a question of how long Biden will keep them there
(Tribune News Service) — At a makeshift military outpost abutting a natural gas field in eastern Syria, the signs of the country's violent upheaval are everywhere. Bombed-out concrete buildings lie in ruins. The pipes that once carried liquefied natural gas are shredded and twisted. A tattered U.S. flag strung between 40-foot-tall gas processing towers flies high over the base, a visible symbol that American troops are here — and not planning on leaving soon.
"We've got the flagpole planted," said Army Lt. Alan Favalora, a Louisiana National Guard soldier at Conoco, the name the base acquired from the long-departed U.S. oil and gas firm that once operated the wells. "We want them to know we are committed to this region."
How committed President Biden will be to keeping troops in Syria is uncertain, however.
Read more ….
WNU Editor: My gut tells me the US presence will still be there at the end of President Biden's term.Original Article

Previous Unrest In Myanmar — News Updates March 16, 2021
Next US And Japan Warn China On Its ‘Coercion, Destabilizing Behavior’