The Rise Of The Surveillance State In China 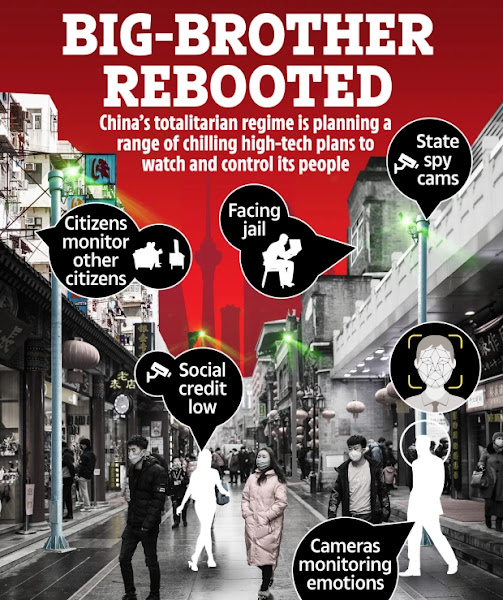 China is rigging up a system using state-of-the art technology to control its citizens
The SUN: BIG BRO 2.0 How China is building nightmarish surveillance state with cameras checking emotions and tracking ‘social credit’ with AI
BIG Brother-like mass state surveillance is being developed by China with streets full of cameras that can monitor citizens' emotions and track their "social credit" scores.
The high tech systems will also help people snoop and rat on each other from the comfort of their homes — or on the go with their smartphones.
The Communist regime's nightmare-inducing plans involve installing spy cameras in all places and using artificial intelligence to calculate a person's "social score" which will determine benefits or punishments.
The sheer level of surveillance being planned is straight out of the dystopia created by author George Orwell in his book 1984, where the eyes of the state – Big Brother – are always watching you.
But now it is being made easy with 21st-century spy technology.
Read more ….
WNU Editor: What is shocking to me about all of this is how willing so many Chinese are to accept it.Original Article