Why U.S. Forces Will Not Be Withdrawing From Afghanistan By May 1 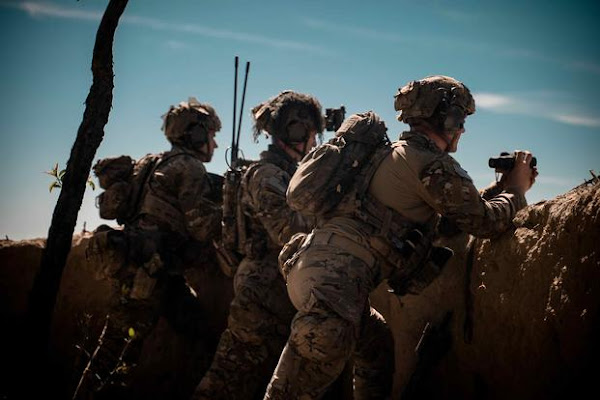 FILE PHOTO — U.S. special operations service members conduct combat operations in support of Operation Resolute Support in Southeast Afghanistan, April 2019. (U.S. Army/Sgt. Jaerett Engeseth)
Matt Stieb, NYMag: The U.S. Withdrawal From Afghanistan Just Got More Complicated
In February 2020, the Trump administration signed a deal with the Taliban, which secured a withdrawal from Afghanistan by May 2021, after almost 20 years of continuous U.S. military presence. A little over a year later, the Biden administration is still determining whether or not to stick to the agreement, which would require a full withdrawal of 2,500 troops deployed there over the next seven weeks.
But that number, provided by the Department of Defense, isn’t quite the full tally: On Sunday, the New York Times reported that 1,000 more troops are in Afghanistan than stated in the official count. The service members, considered “off the books” according to one senior U.S. official, include Joint Special Operations Command units, working under both the CIA and the Pentagon, as well as some temporary and transitioning military units.
Read more ….
WNU Editor: There are currently 3500 US military personal in Afghanistan, backed by thousands of contractors and over 7,000 NATO and allied forces. If the decision was made today by President Biden to withdraw all forces, it is going to be close to impossible to get everyone out by May 1.
So what is my prediction.
A month ago a senior German military official said that Berlin was making no plans to leave the Afghanistan. They are going to stay because they expect the U.S. will be staying. I think he is right, and I think that White House decision will be made public after April's Afghan-Taliban peace conference in Turkey ends …. a summit that everyone is not predicting will fail.Original Article