U.S. Marines Admit That They Should Not Have Used An Official Account To ‘Attack’ The Opinion Of A TV Host On Pregnant Soldiers

zekal3_3 2021-03-15 Videos, World Comments Off on U.S. Marines Admit That They Should Not Have Used An Official Account To ‘Attack’ The Opinion Of A TV Host On Pregnant Soldiers 15 Views 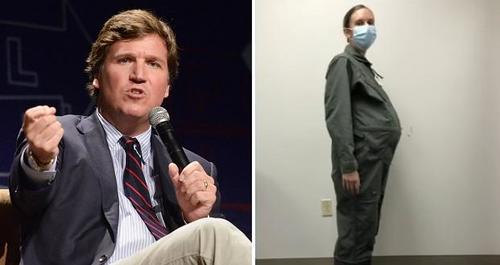 Zero Hedge: Marines Admit 'Messing Up' For Attacking Tucker Carlson Over 'Pregnant Soldiers' Commentary
The US Marines admitted to 'messing up' after ganging up on Fox News host Tucker Carlson, who mocked the military's shift from defense to social justice issues – after remarks by President Biden on International Women's Day on how he'd nominated two women for four-star command positions in the armed forces.
"So we’ve got new hairstyles, maternity flight suits. Pregnant women are going to fight our wars," Carlson said on Wednesday night, adding "It's a mockery of the US military" before he compared the US military to China's – which is "becoming more masculine."
Following Carlson's segment, the official Twitter account for the II Marine Expeditionary Force Information Group joined a pile-on by several woke military officials – tweeting a picture of a female soldier carrying a male soldier, tagging Carlson with the caption "what it looks like in today's armed forces," adding "Get right before you get left, boomer."
Read more ….
WNU editor: You just know that Tucker Carlson is reveling in all of this attention.
But it gets better.
The GF made a comment on this story and what I posted yesterday that I think is priceless …. Command Senior Enlisted Leader Of United States Space Command Weighs In On Pregnant Women Serving In The Military (March 13, 2021).
Command Senior Enlisted Leader of United States Space Command, Scott H. Stalker says Tucker Carlson has never served in the military (unlike him who has served for years), and that he knows more about pregnant women serving in the military than a TV host.
The GF says fair enough.
But she is willing to bet that Command Senior Enlisted Leader of United States Space Command, Scott H. Stalker has never gotten pregnant, and may not be the best person to comment on this topic.
Update: This is going to get entertaining …. Sen. Ted Cruz demands meeting with the Marines commander over ‘political attacks to intimidate Tucker Carlson & other civilians’ (RT).Original Article

Previous Tweets Of The Day
Next Violent Protests Erupted Across Lebanon Over this Weekend Over Hunger, Hyper-Inflation, And Economic Collapse