zekal3_3 2021-03-15 Videos, World Comments Off on Russia’s Main Tank Manufacturer Has Had A Number Of Work Accidents 15 Views 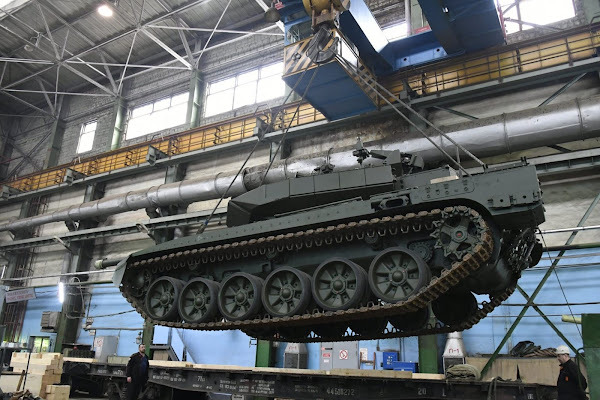 Photo by Uralvagonzavod
Defence Blog: String of deaths continues at Russia’s main tank manufacturer
The deaths of dozen of people and сontinues incidents at the Armata’s state-owned manufacturer and Russia’s largest producer of tanks have thrown the spotlight on working conditions in Uralvagonzavod.
Russian E1.RU media agency on Marc 12, reported that in 2020, there were 26 cases of injuries to workers at the Uralvagonzavod and at least five cases of death of workers in the last three years.
E1.RU also quoted the source saying that in mid-December 2020, a worker of the Uralvagonzavod was crushed to death by a press machine. In August of the same year, a former employee of the Uralvagonzavod entered the territory of workshop No. 552. He was wrapped in a belt conveyor system and ripped apart.
Read more ….
WNU Editor: Work place accidents are a normal thing for most Russian heavy industries.
The new improved Armata tank comes from this tank manufacturer …. Russia to Display Advanced Armata Tanks at Red Square Parade (Moscow Times).Original Article