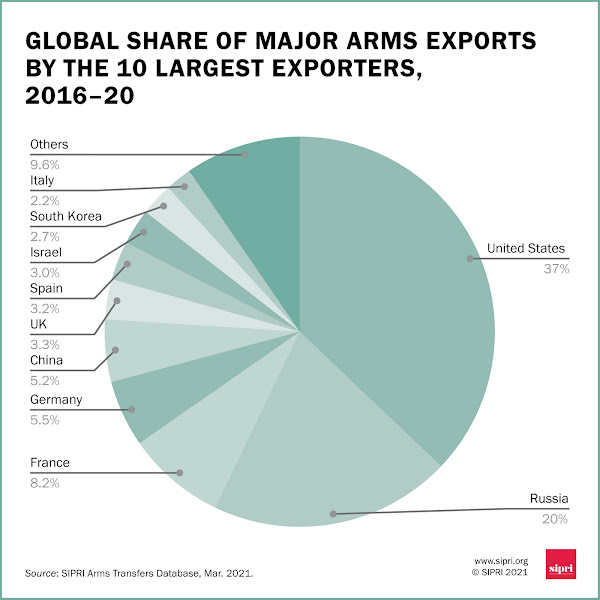 Reuters: Major arms sales flat in 2016-20 for first time in more than a decade
STOCKHOLM (Reuters) – International deliveries of arms were flat in the period 2016-2020, ending more than a decade of increases, the Stockholm International Peace Research Institute (SIPRI) said in a report on Monday.
The United States, France and Germany – three of the world’s biggest exporters – increased deliveries, but falls in exports from Russian and China offset the rise, SIPRI said.
It was the first time since 2001–2005 that the volume of deliveries of major arms between countries – an indicator of demand – did not increase from the previous five year period, SIPRI said.
Read more ….
Update: US is world's top weapons supplier, Saudi Arabia top importer (SCMP)
WNU Editor: I am willing to bet that arms sales are NOT going to be flat for 2021-2025.Original Article