Is The US And China On A Collision Course When Their Top diplomats Meet Next Week In Alaska?

zekal3_3 2021-03-13 Videos, World Comments Off on Is The US And China On A Collision Course When Their Top diplomats Meet Next Week In Alaska? 15 Views 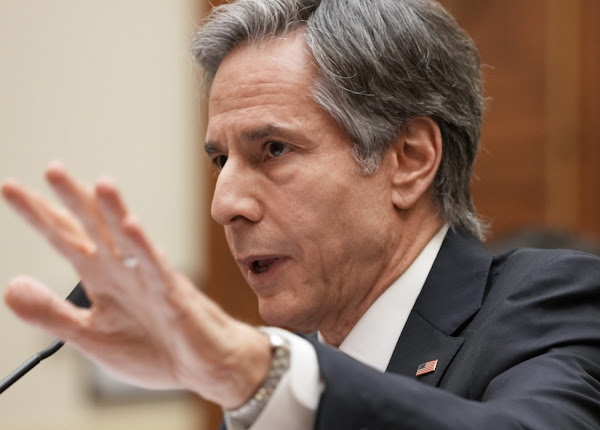 US Secretary of State Antony Blinken has raised his voice over China's moves to repress democracy and rights in Hong Kong. Image: Xinhua
Jeff Pao, Asia Times: US, China on collision course headed to Alaska
US expected to raise Hong Kong and Xinjiang rights issues while China focuses on trade and tech at next week's Alaska meeting
HONG KONG – The United States and China have started debating the agenda for their meeting in Alaska on March 18, with both sides trading recriminations over human rights, trade and other rancorous issues.
On Friday, US Secretary of State Antony Blinken said the US condemns China’s continuing assault on democratic institutions in Hong Kong. “The National People’s Congress (NPC) decision to unilaterally change Hong Kong’s electoral system is a direct attack on autonomy promised to people in Hong Kong under the Sino-British Joint Declaration,” Blinken said.
Read more ….
WNU Editor: I have a bad feeling about this high-level U.S. – China meeting next week. Both sides are attacking each other publicly right now, and I see no common ground on any of the key issues.
Update: We are still far-away from a Cold War with China, but the trendline makes me wonder if that is where we are heading …. Is a Cold War II with China Inevitable? (Patrick J. Buchanan).Original Article