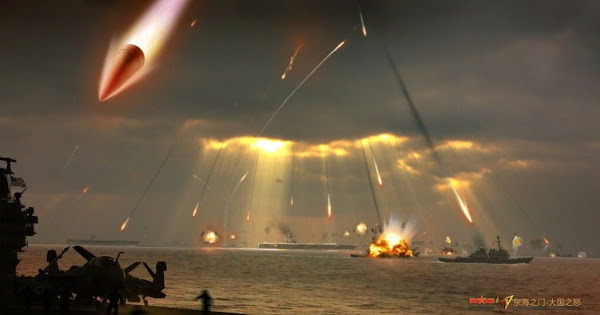 Yahoo News: 'We're going to lose fast': U.S. Air Force held a war game that started with a Chinese biological attack
Last fall, the U.S. Air Force simulated a conflict set more than a decade in the future that began with a Chinese biological-weapon attack that swept through U.S. bases and warships in the Indo-Pacific region. Then a major Chinese military exercise was used as cover for the deployment of a massive invasion force. The simulation culminated with Chinese missile strikes raining down on U.S. bases and warships in the region, and a lightning air and amphibious assault on the island of Taiwan.
The highly classified war game, which has not been previously made public, took place less than a year after the coronavirus, reportedly originating in a Chinese market, spread to the crew of the USS Theodore Roosevelt aircraft carrier, taking one of the U.S. Navy’s most significant assets out of commission.
Read more ….
WNU Editor: The Chinese military have taken a page out of the Pentagon's playbook. Have overwhelming fire-power. In the event of war, the Chinese will use everything they have to achieve their goals as quickly as possible.Original Article

Previous How Would China Respond If President Biden Pledges To Defend Taiwan?
Next With Fuel Running-Out For Its Electrical Power Stations, Lebanon Is Facing Economic And Political Collapse