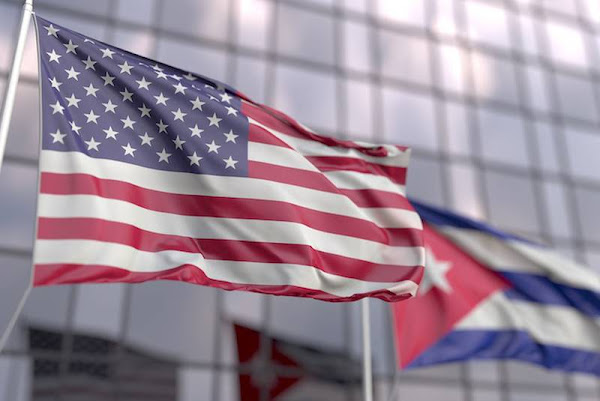 123RF Stock Photo
Reuters: Biden reviewing Trump's listing of Cuba as terrorism sponsor -White House
WASHINGTON (Reuters) – President Joe Biden’s administration is reviewing former President Donald Trump’s last-minute decision to designate Cuba as a state sponsor of terrorism but a broader Cuba policy shift is not currently among Biden’s top priorities, the White House said on Tuesday.
White House spokeswoman Jen Psaki said the administration is in no rush for major gestures toward Communist-ruled Cuba, despite hopes for a softer approach after Trump rolled back historic Obama-era détente with Havana.
Her remarks provided public confirmation of comments made last week by a senior White House official who told Reuters on condition of anonymity that Cuba policy was not among the top issues that Biden was focused on for now.
Read more ….
Update: White House Admits Trump's Cuba Policies Will Stay For Now (Zero Hedge)
WNU Editor: I never understood American progressives and their support of Fidel Castro and now his successors …. Exclusive: U.S. House Democrats urge Biden to revert to Obama-era Cuba detente (Reuters). I have been to Cuba a few times. Aside the poverty and misery coupled with a total lack of freedoms, it is a country that is run by an elite who stay in power that is enforced by a brutal intelligence-security apparatus.
As for what will the Biden administration's policy towards Cuba? I predict no change for now. But within a year they will be reversing many of former President Trump's Cuban policies.Original Article

Previous Gibraltar 2 pounds 2020 – Sandy Bay
Next Russian Government Websites Are Down. Is This Due To A U.S. Cyber Attack?