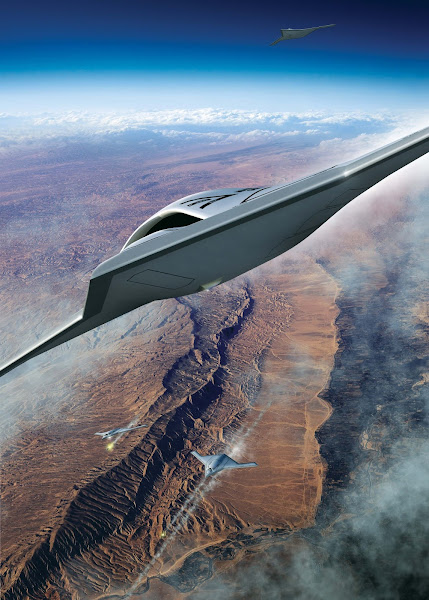 A Northrop Grumman concept for a possible MQ-Next. Northrop Grumman
Warzone/The Drive: Air Force's MQ-9 Reaper Drone Replacement Requirements Now Include Air-To-Air Combat Capability
The Reaper’s successor should be able to defend both high-value manned aircraft and itself, in a high-end battlespace, according to the Air Force.
The U.S. Air Force has released its latest request for information as it sets out more requirements for the replacement for its MQ-9 Reaper unmanned aerial vehicle, a program now dubbed MQ-Next. The new document indicates that the service is looking at a future drone that will feature defensive counter-air capabilities to protect high-value manned aircraft, such as tankers, as well as potentially fly red air aggressor missions.
Read more ….
WNU Editor: The Air Force has big plans for its future drone fleet.Original Article

Previous Is The Biden Economy About To Boom?
Next Federation of American Scientists Say Land-Based Nuclear Missiles Are Now Outdated