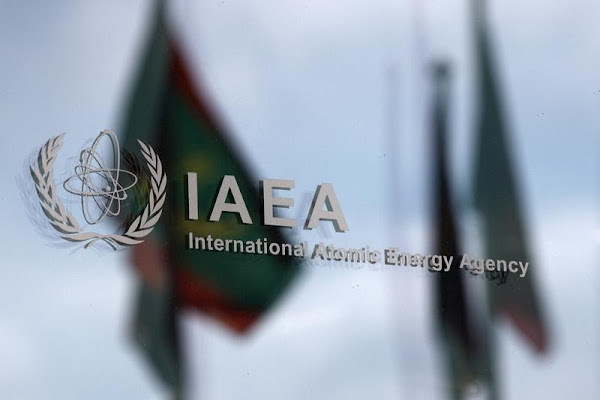 The logo of the International Atomic Energy Agency (IAEA) is seen outside the IAEA headquarters, amid the coronavirus disease (COVID-19) outbreak in Vienna, Austria, March 1, 2021. REUTERS/Lisi Niesner
Reuters: Iran enriching with new set of advanced machines at Natanz -IAEA
VIENNA (Reuters) – Iran has started enriching uranium with a third set of advanced IR-2m centrifuges at its underground plant at Natanz, the U.N. nuclear watchdog told its member states on Monday, a further breach of Tehran’s 2015 deal with major powers.
The move is part of a recent acceleration by Iran of its violations of restrictions under that deal, which granted Iran relief from financial sanctions in return for curbs to its nuclear activities.
It began breaching limits after then-U.S. President Donald Trump quit the deal and re-imposed sanctions in 2018.
Read more ….
Update: Nuclear watchdog says Iran is escalating its breaches of 2015 deal (The Hill)
WNU Editor: Iran is also making it very clear that they are not involved in any indirect or direct talks with the U.S. …. Iran says there have been no secret talks with US (Al-Monitor). More here …. Iran has no direct or indirect contact with US (MEHR News agency).Original Article