Top U.S. Admiral Warns China Could Invade Taiwan In The Next Six Years 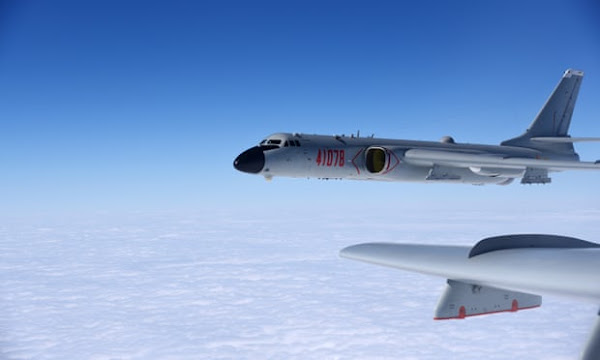 A Chinese bomber on patrol in the South China Sea. One US commander has said China could invade Taiwan in the coming years. Photograph: Xinhua
The Guardian: China could invade Taiwan in next six years, top US admiral warns
Asia Pacific commander Philip Davidson says Beijing wants to take Washington’s world leadership role by 2050
China could invade Taiwan within the next six years as Beijing accelerates its moves to supplant American military power in Asia, a top US commander has warned.
Democratic and self-ruled Taiwan lives under constant threat of invasion by China, whose leaders view the island as part of their territory and which they have vowed to one day take back.
“I worry that they’re [China] accelerating their ambitions to supplant the United States and our leadership role in the rules-based international order… by 2050,” said Washington’s top military officer in Asia-Pacific, Admiral Philip Davidson, on Tuesday.
Read more ….
Update: Top US commander fears Chinese invasion of Taiwan by 2027 (AFP)
WNU Editor: US Admiral Philip Davidson has a plan to make sure this does not happen …. Admiral touts plan to defeat China in the Indo-Pacific (Asia Times). And today he made his case to Congress …. Erosion of U.S. Strength in Indo-Pacific Is Dangerous to All, Commander Says (US Department of Defense).
As for China …. they continue to upgrade their bases …. Report: Chinese military bases near Taiwan show new renovations (UPI).Original Article