Big Cuts Are Expected In The U.K. Military 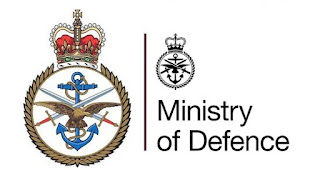 Warzone/The Drive: British Armed Forces Poised To Make Big Cuts To F-35 Plans And More
The large-scale modernization promised under the upcoming defense review is likely to be tempered by some severe force reductions. As the United Kingdom Armed Forces brace themselves for the government’s next defense review, signs point to significant cuts to the Royal Air Force and the British Army, including a potential reduction of the planned F-35B stealth fighter fleet by around two-thirds. At the same time, the forthcoming document promises to outline a wide-ranging modernization of the armed forces, among them new space and cyber capabilities.
While we don’t know for sure what the review, formally titled Global Britain in a Competitive Age, will contain, a preview was provided in The Times yesterday, citing sources within the U.K. Prime Minister’s office, commonly referred to as No. 10. The review itself is set to be officially unveiled in two parts beginning on March 16, followed by further details of the defense modernization effort on March 22.
Read more ….
WNU Editor: The review will be made public on March 16 …. Britain unveils date to release transformative military review (Defense News).Original Article

Previous World News Briefs — March 9, 2021 (Evening Edition)
Next Will President Biden’s War Policies Be More Of The Same? Or Something Completely Different?