U.S. Navy Surface Ship Readiness Continues To Be A Struggle 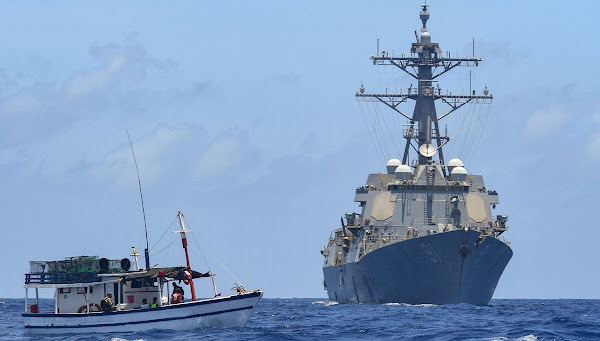 The destroyer Pinckney operate in the Caribbean. Maintenance of surface ships suffered in 2020, a new report shows. (MC3 Erick Parsons/U.S. Navy)
Defense News: Surface ship readiness continues to struggle
WASHINGTON — The U.S. Navy’s surface fleet continues to struggle to keep its ships adequately maintained, according to the Board of Inspection and Survey, an entity responsible for monitoring the condition of the service’s ships.
The surface fleet was scored as “degraded” in more than half of the “functional areas” scored by the famously invasive INSURV inspectors, with 11 of 21 being so designated, according to the annual unclassified report to Congress. Those areas include main propulsion systems; electrical systems; damage-control systems; anti-submarine warfare systems; and for the second year in a row, the Aegis weapons system, which serves as the combat brain of the Navy’s cruisers and destroyers.
Read more ….
WNU Editor: It all comes down to money. In short …. not enough ships and not enough sailors to man the ships they have.Original Article