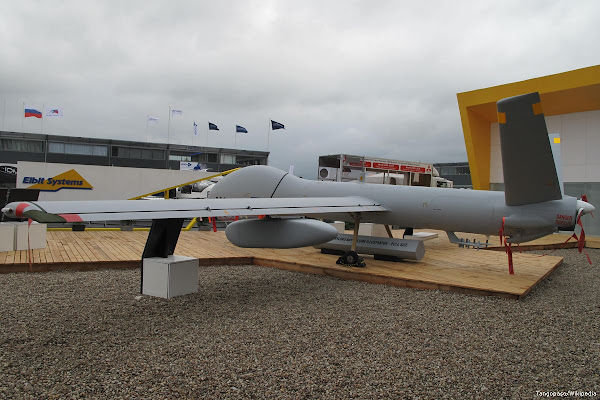 Elbit Systems, Israeli surveillance software, 6 December 2017 [Tangopaso/Wikipedia]
Middle East Monitor: Shin Bet launches crackdown on Israel arms industry over sales to China
Israeli intelligence is reported to have arrested at least 20 Israeli arms dealers last month in a covert crackdown on the private industry, allegedly in efforts to rein in the sale of arms to China so as not to risk Israel's relations with the United States.
Israeli media outlets reported on 11 February that the country's security service Shin Bet announced it had broken-up a ring of arms smugglers who secretly sold attack drones to China.
Many of the 20 individuals mentioned in the reports are said to have previously served in positions in the Israeli military where they handled arms developments and sensitive intelligence.
Read more ….
WNU editor: In the past few months there has been a number of reports that Israeli arms firms were selling to Asian clients …. 20 suspected of testing illegal missiles in central Israel, selling to Asia (Times of Israel). More here …. Israel sells surveillance drones to unnamed East Asian country (Middle East monitor). It looks like one of these Asian countries is China.Original Article