U.S. Air Force Is Having To Reverse Engineer Parts Of Its Own B-2 Stealth Bomber 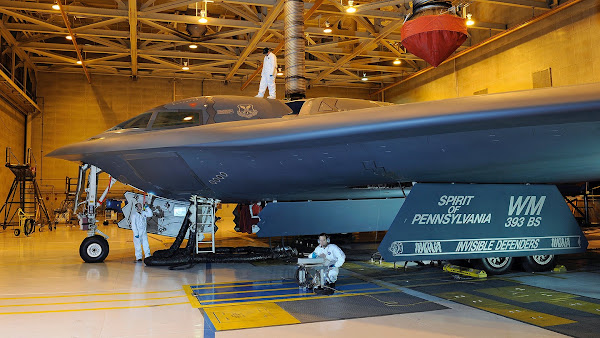 Warzone/The Drive: The Air Force Is Having To Reverse Engineer Parts Of Its Own Stealth Bomber
Twenty-one years after the last Spirit was delivered, the Air Force is working out how to build the exotic spare parts the bomber requires.
In a surprising turn of events, the United States government is calling upon its country’s industry to reverse engineer components for the Air Force’s B-2 Spirit stealth bomber. An official call for this highly unusual kind of assistance was put out today on the U.S. government’s contracting website beta.SAM.gov.
Mark Thompson, a national-security analyst at the Project On Government Oversight, brought our attention to the notice, which seeks an engineering effort that will reverse engineer key parts for the B‐2’s Load Heat Exchangers. While it is not exactly clear what part of the aircraft’s many complex and exotic subsystems these heat exchangers relate to, the bomber has no shortage of avionics systems, for example, which could require cooling.
Read more ….
Update: US Air Force Needs to Reverse-Engineer Parts for Aging Stealth Bomber (Spuntik)
WNU editor: You would think that after spending $2.4 billion per B-2 bomber that you would have a huge warehouse of spare parts to service this bomber, coupled with original plans for each component, machinery to build it, know-how, etc.. Apparently that is not the case.Original Article

Previous Iran Used Commercial Satellite Images To Monitor US Forces In Iraq Before Launching Their Attack On Ain al-Asad Air Base
Next How The World’s Largest Airplane Boneyard Stores 3,100 Aircraft (Video)