Is White House Chief Of Staff Ron Klain The ‘Real Power’ Behind The U.S. Presidency? 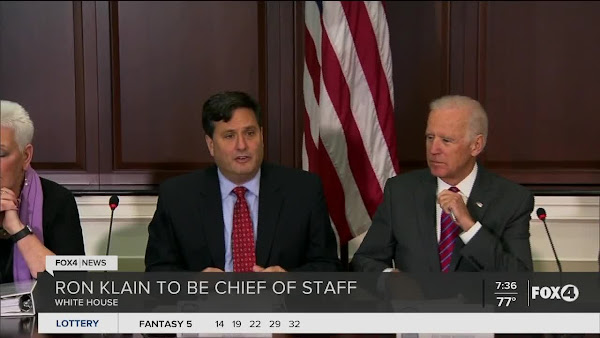 The Hill: GOP says Ron Klain pulling Biden strings
Republicans are attacking White House chief of staff Ron Klain as “the guy behind the curtain” and “Prime Minister Klain” as they try to push back on someone they see as formidable opponent in the battle over President Biden’s agenda.
The GOP blames Klain for Biden’s refusal to negotiate the price down on his $1.9 trillion COVID-19 relief package, an approach they say conflicts with Biden’s campaign pledges.
“We’ve gotten the impression from our members that have been in meetings down there that he’s kind of the guy behind the curtain,” said Senate Republican Whip John Thune (S.D.).
Read more ….
WNU Editor: The White House narrative is that this is the Biden-Harris administration, and that both are involved in making major decisions …. Kamala Harris has a big role in Biden's administration — and a new report may explain why (Raw Story). But the reality is different, especially when it was learned that Vice-President Harris was left out of the White House decision to bomb an Iranian-backed militia camp in Syria.
So who are the major players in the Biden administration, and is White House Chief Of Staff Ron Klain the second most important person after the President?
In my opinion the answer is yes.
First things first … Ron Klain is the White House Chief of Staff, and the gate-keeper to the President. Besides being the White House Chief of staff, he also holds the title of personal assistant to the President. That in itself is an incredibly important title and position.
He is also someone that the President deeply trusts. After-all, they have been working together for almost 30 years.
Besides his title and position in the White House, I have also noticed that in every major public meeting and announcement involving President Biden, Ron Klain has always been present. I have also noticed that President Biden is always looking at his wife Jill Biden, or at his White House Chief of Staff. My gut tells me that these are the people that he takes his direction from.
Bottom line. If I was a lobbyist or someone who wants something from the White House. I would not bother with the President or Vice-President. I would want a meeting with Ron Klain or with one of his assistants.
I am also following him on twitter. Like President Trump when he was in office, Ron Klain's page on Twitter (link here) is the place to go if you want a heads-up on what to expect next from the White House.
Update: CNN agrees with my analysis …. Ron Klain emerges as a force behind the scenes — and on Twitter (CNN).Original Article