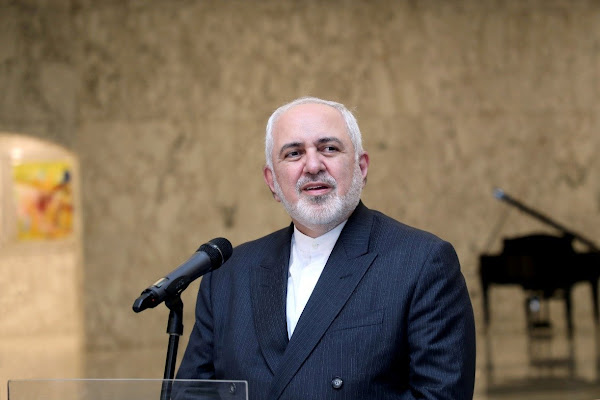 Image: Iran's Foreign Minister Mohammad Javad Zarif speaks at the presidential palace in Baabda, Lebanon August 14, 2020. Dalati Nohra/Handout via Reuters.​
Alireza Ahmadi, National Interest: Why Iran Refused Biden’s Invitation to Negotiate
It makes little sense for Iran to return to some form of unilateral full compliance for a limited amount of actual economic benefit only to then engage in a years-long negotiation where it has little leverage and is being called on to surrender its regional interests and deterrence capacities.
President Joe Biden ran for office saying that he would like to see a restoration of the Iran nuclear deal. But over a month since inauguration, Iran and the United States are set in a standoff about the order for which the two sides will return to the agreement. The environment is still one that is characterized by distrust and escalation. The United States and the European parties to the agreement rolled out a new motion to censure Iran at the International Atomic Energy Agency and Iran rejected an invitation for a meeting featuring the United States and the remaining members of the deal, officially the Joint Comprehensive Plan of Action (JCPOA).
Read more ….
WNU Editor: I do not see any interest in Iran to open the door to negotiate with the U.S. on a new nuclear deal. From their vantage point …. they have nothing to gain.Original Article