Two Thirds Of Russians Believe Covid-19 Is A Bioweapon. 60% Of Russians Don’t Want To Take The Sputnik V Vaccine 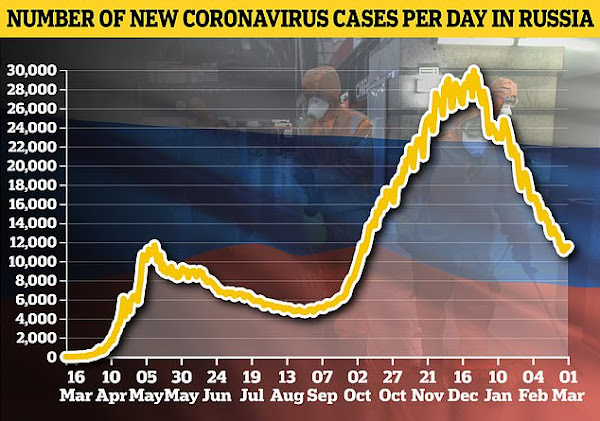 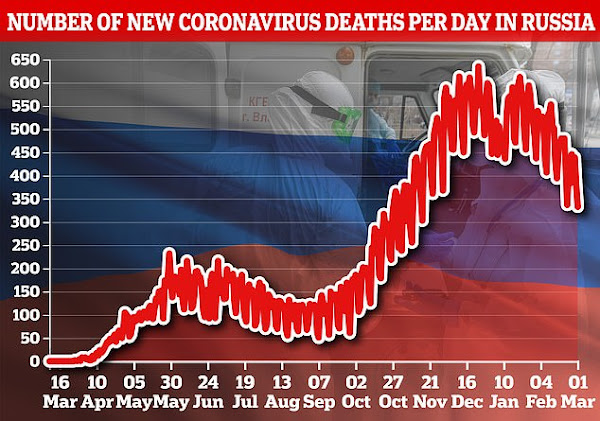 At least 86,455 people in Russia have died from coronavirus since the pandemic began, according to government data, thirty-three new deaths were recorded on Monday
Daily Mail: Two thirds of Russians believe Covid-19 is a bioweapon, survey shows
* The Levada Center, an independent polling agency, published their latest survey into Russian attitudes and beliefs around Covid-19 on Monday * It found that the majority of respondents thought the coronavirus was man made despite scientists saying it likely began in animals before spreading to humans * Vaccine hesitancy was found to be on the rise, particularly among younger Russians who are distrustful of the domestically manufactured Sputnik V jab * Sputnik V has been found to give around 92 percent protection against Covid-19
Almost two thirds of Russians believe that the coronavirus is a bioweapon created by humans, a new survey has found.
Some 64 percent of Russian respondents said Covid-19 was artificially created as a new form of biological weapon, according to the findings of the independent Levada Center polling agency.
The results, released on Monday, found that 23 percent said the virus occurred naturally and 13 percent could not answer, The Moscow Times reported.
Read more ….
Update #1: 2 in 3 Russians Believe Coronavirus Is a Bioweapon – Poll (Moscow Times) Update #2: Over 60% of Russians don't want Sputnik V vaccine, see coronavirus as biological weapon: Reuters poll (Reuters)
WNU Editor: The case and death count is still high in Russia …. Russia’s COVID-19 case tally rises by 11,359 (TASS). As to 60% of Russians saying that they will not take the vaccine. I am not sure about that. Everyone I know in Russia …. family/friends/associates/etc. …. everyone is gong to take the vaccine, and there is very little if any objections to the vaccine.Original Article