zekal3_3 2021-03-01 Videos, World Comments Off on The Chinese Navy And Air Force Are On A Building And Modernization Roll 15 Views 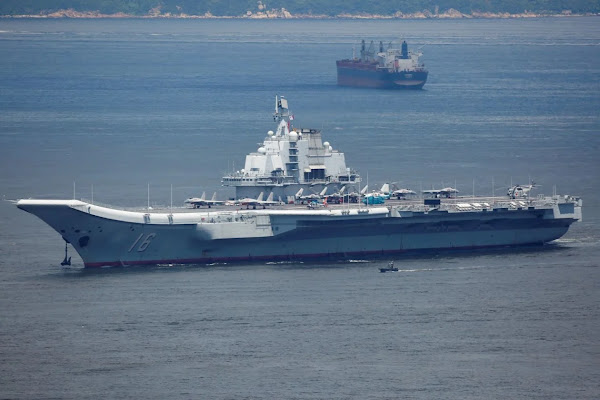 Reuters
National Interest: New Details Emerge on Chinese KJ-600 Surveillance Plane and Third Chinese Carrier
The Chinese Navy and Air Force are on a building and modernization roll.
According to recent news reports, China’s third aircraft carrier, which is still under construction and won’t be hitting the waves anytime soon, could be fitted with an advanced type of aircraft launch system—likely an electromagnetic catapult. While details of the Type 002 carrier remain murky at best, it is known that the warship won’t use a ramp to assist in aircraft takeoffs.
The South Morning China Post reported last month that the People’s Liberation Army Navy (PLAN) has been conducting test flights of the KJ-600, a carrier-based early warning aircraft. It is a medium-sized, twin-engine reconnaissance plane similar in design to the U.S. military’s E-2 Hawkeye series. The Chinese aircraft, which was first spotted in August 2020, was noted for featuring a large electronically scanned array radar. That could make it capable of spotting stealth aircraft including the U.S. military’s F-22 Raptor and/or F-35 Lightning II Joint Strike Fighter.
Read more ….
WNU Editor: China wants to be a major world naval power. this is what you must do to reach that goal.Original Article