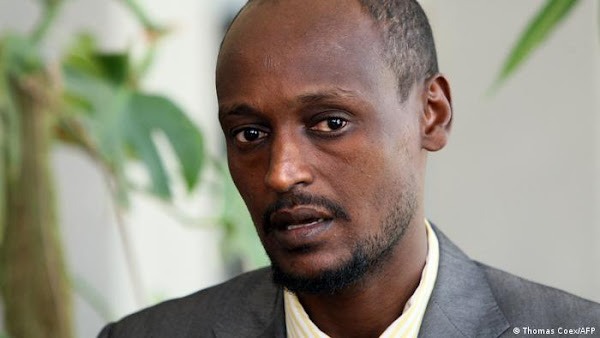 An archive photo of former rebel leader Yaya Dillo Djerou
DW: Chad: Several killed during arrest of opposition figure
A former rebel leader said several members of his family, including his mother, were killed. He is planning to participate in the country's presidential election.
At least two people were killed after security forces attempted to detain Chad's opposition presidential candidate Yaya Dillo on Sunday.
Dillo, who plans to run in the election in April, told Reuters he was attacked at home by members of the presidential guard on Sunday morning.
He said that five family members were killed, including his mother.
Read more ….
Update #1: At least two killed in skirmish at Chad opposition candidate's house (Reuters) Update #2: Chad opposition leader says several relatives killed in home raid (Al Jazeera)
WNU Editor: The timing of this raid by the security forces is telling. On Friday opposition presidential candidate Yaya Dillo filed papers to run for president in April against Deby, who has ruled Chad for over 30 years and is running for a sixth term. And now we have this raid targeting his main opponent. Internet to the country has also been cut.Original Article