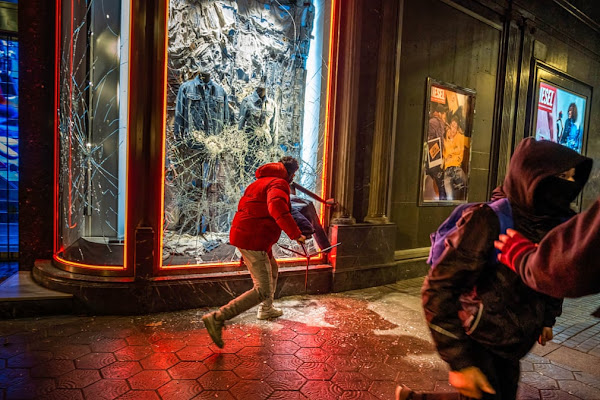 Barcelona, Spain Protestors break the window of the Diesel store on Passeig de Gràcia during the demonstration in response to the arrest and imprisonment of rapper Pablo Hasél who is accused of exalting terrorism and insulting the crown with the content of the lyrics of his songs. Photograph: Paco Freire/SOPA/Rex/Shutterstock
WNU Editor: The above picture is from this photo-gallery …. 20 photographs of the week (The Guardian).Original Article