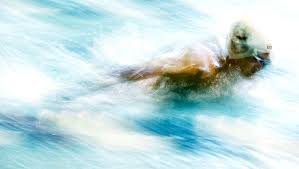 Away from the glitz and glamour of the Olympic Games, dozens of athletes subsidise their daily training routines by having other jobs. From farming to banking, Tokyo 2020 looks at several hopefuls aiming to make an impact next summer and what roles they have outside of competition. This week, we look at Argentine swimmer Santiago Grassi, who is taking a plunge into the world of marketing.

Santiago Grassi first tasted victory on the international stage at just 18-years-old, when he won silver in the 100m butterfly at the 2015 Pan American Games in Toronto. He finished the race in a new Argentine record of 52.09, just behind the USA’s Giles Smith who posted a new Pan American record of 52.04.

But this wasn’t the first time Grassi had announced his immense potential to the world of swimming. Just months before the Pan American Games, the Santa Fe-born athlete broke one of the oldest records in Argentine swimming, the 52.93 100m butterfly record that legendary swimmer Jose Meolans had set in 2003.

As an up-and-coming South American swimmer, Grassi made his Olympic debut at Rio 2016, where, unfortunately, his impressive time of 52.56 wasn’t enough to take him past the heats. Then in the build-up to the 2019 Pan American Games in Lima, he became the first Argentine to break the 52-second barrier when he finished a University meet in a time of 51.88.

The 2019 Pan Ams represented a bitter-sweet moment for Grassi. While his time performance wasn’t enough to win the coveted gold medal, the 51.92 he posted during the preliminary round was enough for him to secure qualification to Tokyo 2020.

Now with a ticket to a second Olympics in his possession, Tokyo 2020 might be the perfect stage for him to take the next step forward. 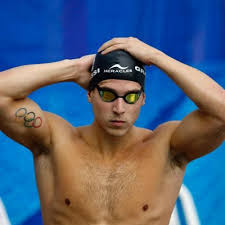 While 2020 was a year of disrupted plans for many, Santi – as he is affectionately known – was able to make gains in both his personal and professional life.

Not only did he turn pro as a swimmer, joining the International Swimming League’s (ISL) LA Current, he also graduated from Auburn University with a major in Marketing and Information System Management.

In a recent interview with Argentina Amateur Deporte, Grassi explained that while landing a full-time job isn’t high on his list of priorities, he has been gaining experience by working in the marketing department of his father’s business.

“It’s one of my dreams to have the financial stability to be able to swim for many years, and enjoy it.”

But one great aspect of swimming in the ISL is that athletes can compete without having to look for other forms of employment.

“It is something I enjoy and I hope to be able to continue doing for many years. For now, I will aim for four more years and then see what the situation is.”